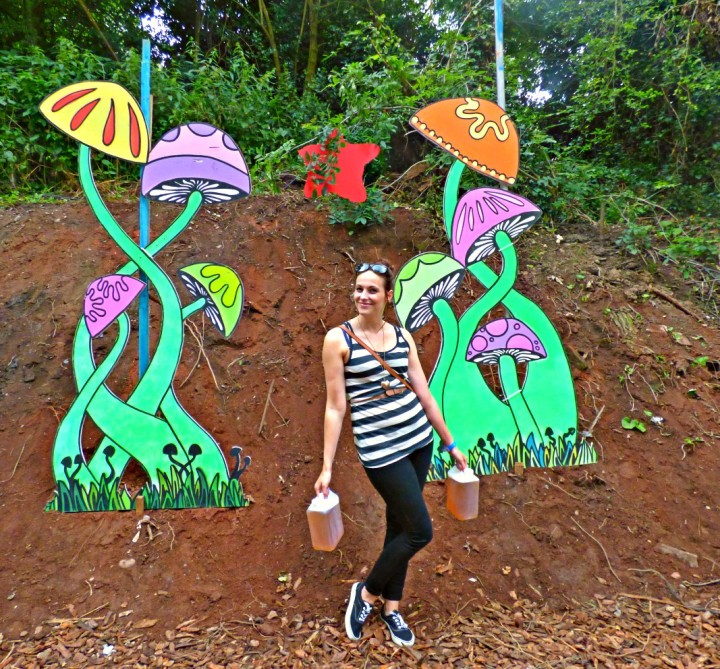 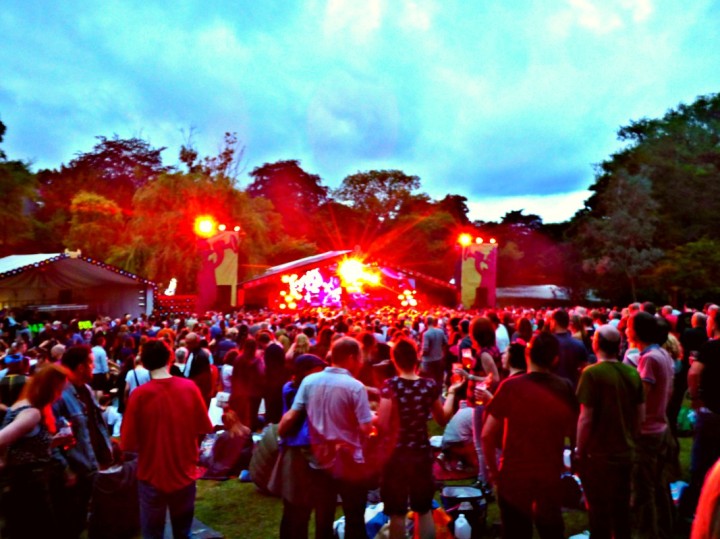 Ok, so this isn’t really much of an outfit post. There is nothing to write home (or even blog home!) about in what I’m wearing here. It was more to prove that despite my facade that I float around in frothy frocks and high heels every day, I actually do own sneakers. In fact, while I do tend to dress up a little while I’m at work Monday to Friday, this is far closer to what I normally look like at the weekend.

I know. Everything you thought about the world just shattered, right?

The funny thing is, I actually find it far harder to dress like this. Sure, while I’m hanging around the house or walking the dog, I’m not particularly fussed about whether or not I’m wearing the right bra for this vest, or if my trainers are ‘cool’ enough, but when I actually have places to be? Casual dressing suddenly becomes a minefield for me. For most people, it’s the other way around. Most girls will tell you that while they love getting dolled up to go out, it can be quite stressful putting together a party look, and you’ll often hear them exclaiming they have nothing to wear, but I never have issues planning a glam outfit. In fact, my only problem there is knowing exactly which big skirt I want to wear the most. But this outfit? This outfit was painful to put together. I know, I know, can’t you just see the effort that went in??? But it’s true! I literally agonised and I don’t really know why!

I think maybe it’s because I find dresses and skirts and heels so aesthetically pleasing that I automatically feel pretty in them, whereas in a simple vest and jeans, there is nothing to hide behind. Suddenly the pressure is on to look ‘put together’, to have nice hair and be able to pull off that whole ‘fresh-faced’ thing. When dressing to the nines, the outfits seem to just put themselves together, but when dressing down, everything seems to need to be considered. These weren’t the jeans I wanted to wear as they’re a little tight, but I wanted to wear my denim jacket and I don’t feel trendy enough to pull off double denim. I knew I wanted to wear trainers rather than flats, but then for some reason decided my top had to be black, white, or a combination of both – why? I have literally no idea, but I couldn’t get that out of my head once it was in there. I mean, I could literally have worn any old top and would have looked the same, but it seemed really important at the time. Then I had the whole dilemma about whether or not I should wear jewellery, and which bag goes? Because does any bag really go with trainers?

So yeah, if the queen came round for tea tomorrow, I’d be all over that. In fact I’d probably have sorted a couple of reserve outfits on standby just in case we clashed. But when I’d just resigned myself to a Saturday morning chilling in bed, and my friend called to say she had a spare ticket to Moseley’s annual Mostly Jazz, Soul & Funk Festival, which I really wanted to go to but had mixed up the dates? I’m not kidding when I say I momentarily considered not going. Then of course I had a stern word with myself and started pulling articles of clothing out of draws and rapidly rejecting them like a woman possessed. Thankfully I managed to feel happy leaving the house in the end because the festival was fantastic, and lets face it, I didn’t really give a monkeys what I was wearing once I’d sunk a few pints Lawless and had a boogie to Hot Brass 8, and neither did anyone else!

So there you have it! These are the ‘I have nothing to wear’ moments of my life. Go figure!

Just realised I never posted the back shot of this dress the other week, which is basically an Insta-crime, so here it is…
Phew! Bit warmer than I was expecting today! This dress isn’t too bad in the heat, but I think I may be getting some embarrassing pit stains at the dentist 😳 oh well, you’re allowed to be dishevelled when you’re lugging two bubbas around!
Back to work and back to shoe saving! Tried to dress for a good day, but Mondays are never great, feel like I spend most of the day trying to get back into work mode then by the time I do it’s over! This little pastel polka dot combo cheered me up though! Shoe challenge tally stands at 116/181!
I’ve got post holiday blues. And normally I don’t like that, but I have to say I’m finding a strange sense of comfort in the fact that we are now able to experience that sense of sadness that a lovely trip has come to an end. Weekends are becoming weekends again. We are not restricted to the streets and fields surrounding our village anymore. I know lots are worrying about the news Boris may or may not be delivering today, but honestly, as much as my heart wants life to go back to ‘normal’ the reality we’re existing in at the moment is one I can definitely handle for another few weeks if it means keeping people safe. I’m sad Bailey won’t be getting to experience a foreign holiday any time soon. Face masks have definitely gotten a lot more cumbersome now that I’m pregnant. But I can see people. I can explore new places. I can watch Bailey play with other people and feel hopeful that his impending brothers or sisters will get the same. That feels good, and for me right now, it’s enough. Hope whatever the news is today it doesn’t impact you too badly ❤️
Messy hair, no make-up, a slightly too pink nose, weird tan lines on my feet and sun cream stains on my sack of a dress - not the most stylish today, but all signs of a glorious weekend! I think it’s been the most sustained period of fun Bailey has ever had! Sad it’s over, but only a week to go till our next holiday!
More seaside fun from yesterday ❤️
Loading Comments...
Comment
×
%d bloggers like this: