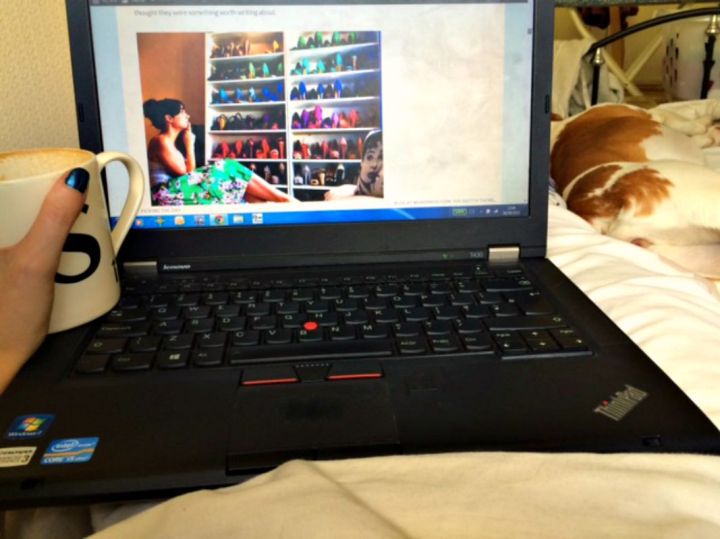 Following on from last week’s Happy Monday post about chilling out, I decided to take my own advice and spend some more time doing nothing. Actually, that’s not strictly true. I wasn’t quite doing nothing, I was scheduling a load of blog posts after promising myself I would make more of an effort to keep it up, but I was doing it from the comfort of my bed, in my PJs with a big mug of coffee, which to me is almost the same thing. You may notice from the above pic that I was not alone, and that is actually more the point of this post. Curling up alongside me, snoring like an overweight, middle aged man, was my sweet little Bonnie.

Ollie and I had the best of intentions when we first got Bonnie. I was adamant that we would be in charge. A dog should know it’s place in the pecking order, and while there is always room for cuddles, I was firmly decided that Bonnie would not be a guest in our bed. Indeed, all the experts appear to agree that in order for your dog to know that you are in charge, you mustn’t let them up on the furniture or they would quickly become accustomed to the idea that they were one of the pack, and that they could rival you for the position of Alpha. I was 100% certain that this was not going to happen. But the first time that tiny little pup crawled onto my lap and snuggled in for a snooze, I knew I was playing for the losing side. “Maybe just when she’s a pup,” we said “so she can bond! We’ll train her when she’s bigger that she can only get up on the furniture when she’s invited.” 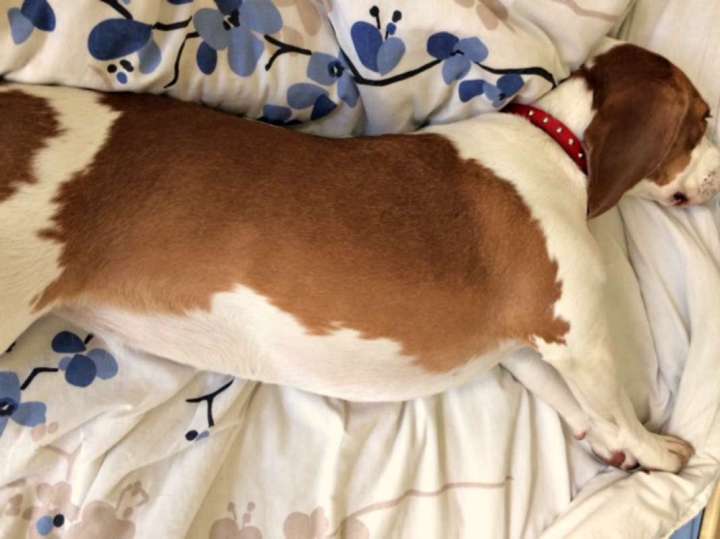 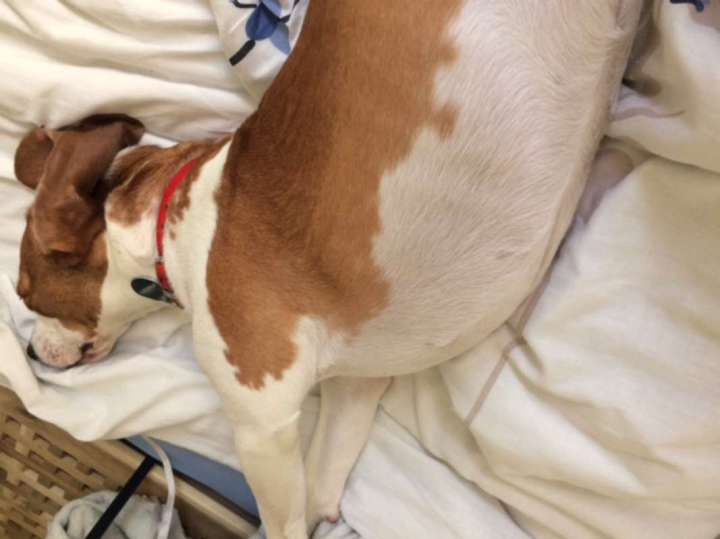 Who were we kidding? Those cuddles were so nice. And as she got older and more independent I just wanted them more. There is something very soothing about having a small, defenceless creature cuddle up and sleep on you, and now I’m hooked. I don’t get to spend as much time as I’d like with her and feel bad leaving her to go to work all day, so even though I know I shouldn’t, I can’t resist a weekend lie in with my fur baby. Yes, it gets the bed all full of hair. And yes, she blatantly rules the roost now. She’s all “Bitch, I own this bed!” and I’m inclined to agree, since she has a habit of stretching out and slowly pushing you out altogether. But bed hogging, snoring and hair shedding aside, it’s still one of my all time favourite things to do, and I can’t see me giving it up any time soon. 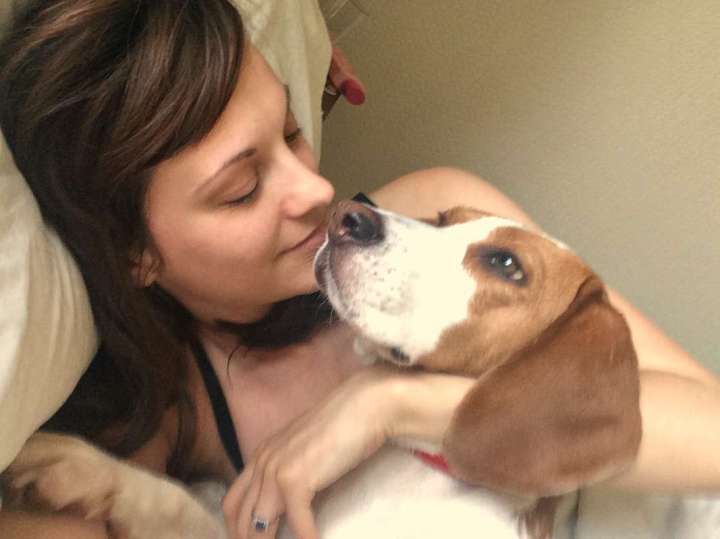