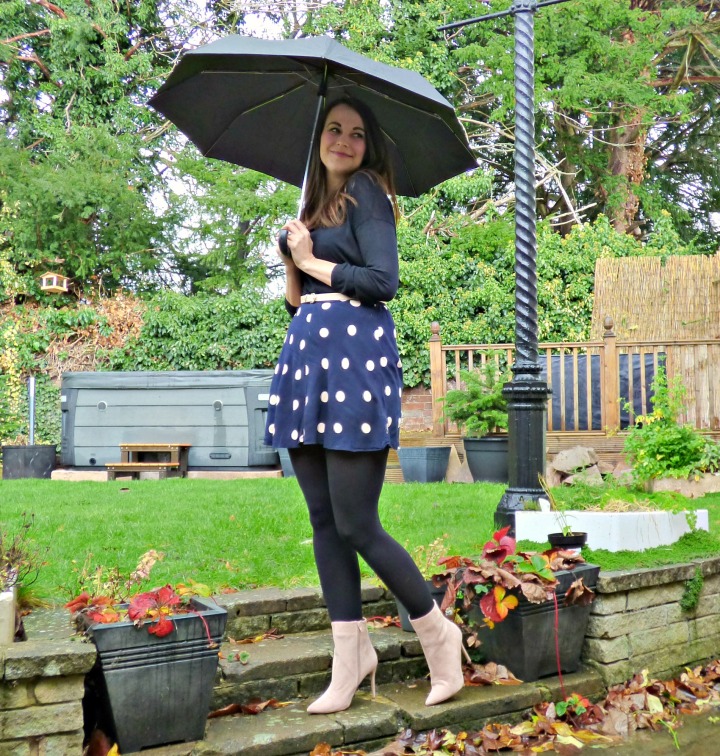 It feels very strange indeed looking at these outfit photos now, which I found this week while doing some housekeeping on my laptop and realised I’d not posted during my little blog break. When I took these photos, you see, I had not even the slightest clue that a  few short months later I’d be expecting my first baby and sporting a bump that will simply not fit in such a get up now! It’s a very surreal thought indeed. Look at me, without a care in the world, frolicking away in the rain completely unaware that my life is about to dramatically change!

The point of this post wasn’t actually going to be about that though (obviously, or I would have to be some kind of fortune teller, and if I’d known how things were going to turn out I probably would have chosen some slightly less cheesy poses for one of my last non-pregnant photo shoots. I mean, come on. It’s like I WANT all those well seasoned Mums out there to chuckle to themselves about how I have no idea what awaits me! I have provided the perfect visual metaphor!) It was actually supposed to be about the incredibly unsuitable boots I’m wearing, boots which now seem even more unsuitable than when I bought them. 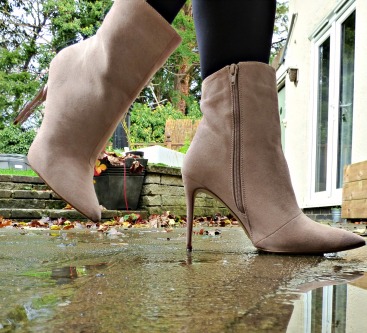 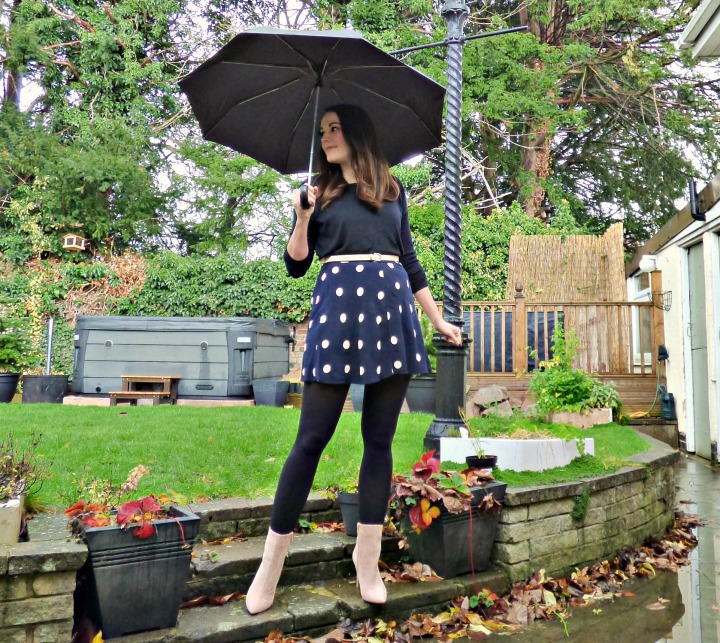 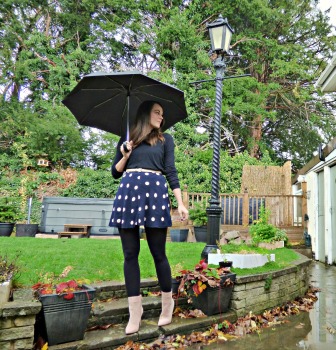 England is not known for it’s temperate weather, the last 12 months aside. We are largely known for ranging somewhere between drizzly and grey to full on downpour for the majority of the year. Which begs the question – why on earth would I think pastel pink suede ankle boots were a good idea?? I’m kind of ashamed to admit this – because I do not in anyway condone buying things that you aren’t going to wear – but the honest answer is because I thought they were pretty. I had recently bought the same ones in red and was having  jolly old time trotting about in them, plus they were only £16, so how could I resist? Well, quite easily, obviously, if I was a grown up. But this was before I started growing a baby and got that motherly wisdom and sensibility (cough…) so in my basket they went…

You know what though? I’m not actually sorry. Anyone who follows me on Instagram will know I’ve actually been getting plenty of wear out of these lately. We’ve been blessed with a few dry spells in recent weeks and I love that the pastel shade really helps to brighten up a Spring outfit when it’s still a little chilly outside. So even though it was definitely against my better judgment, I guess what I’m saying is, I have no regrets. You guys though, you guys should definitely be more sensible. You don’t want to follow my example – I am, after all, the same girl who got pregnant the year she bough a hot tub and built a home bar, so I clearly don’t have a great track record for thinking things through…

You have been warned! 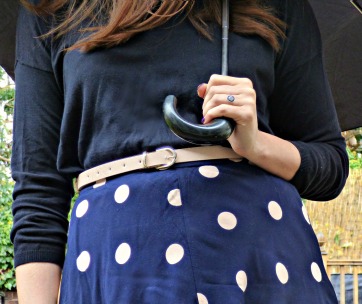 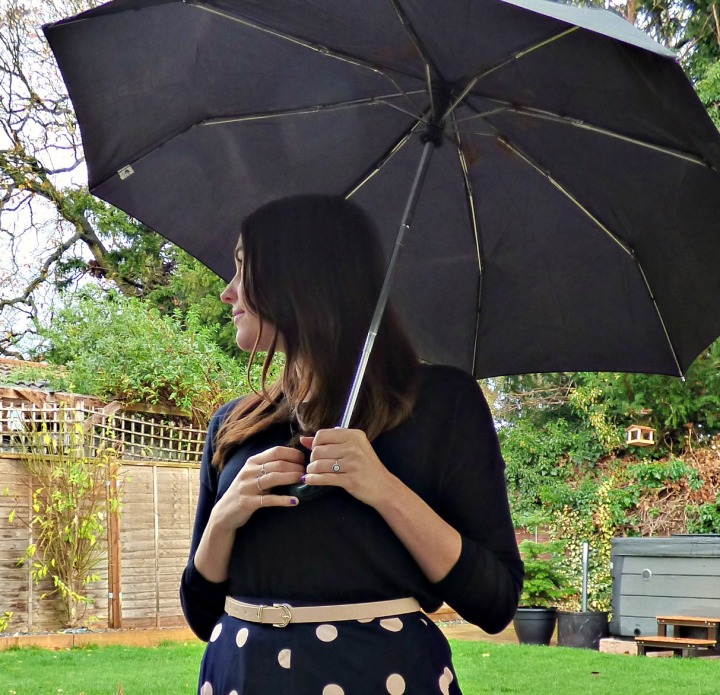