I don’t really make New Year’s resolutions. I kinda figure it’s a pointless exercise really – I have zero will power, I know I won’t really get very far so why bother? Why set myself up to be disappointed with myself? I do enough of that already. So instead I normally spend New Years Day nursing a hangover rather than thinking up new ways to be a let down. This year, though, I did allow myself 3 little promises, because apparently it’s healthy to challenge yourself every now and then or some such nonsense. They were as follows:

So far this year, I’ve failed miserably at most of them. I’ve worn a few nice frocks, but forgot to photograph them, which is basically the same as it never happening in the Blogosphere. So, a couple of Sundays ago, when I woke up and saw the sun was shining, I leapt out of bed, exclaiming “Todays the day! I’m going to achieve all three!”.

Ok, thats a downright lie. The only time I’ve ever leapt out of bed upon waking up was that time I thought I saw a spider scurry across the duvet. Let’s just say I awoke, snoozed for a little while, checked Facebook, watched a bit of BBC Breakfast on the iPad, then eventually dragged my ass out of bed, but only because I had been dying for a wee for the last half an hour, but couldn’t be bothered to move. Upon said ass dragging, I happened to spot some of that elusive sun peeking through the curtains and thought, “Hmm. Guess it’s as good a time as any to try and complete some of those challenges then. But not before I get a coffee.” Setting about the task of learning to drive, the only actual useful or meaningful challenge on my list, seemed like a bit too much of an effort of a lazy, sunny Sunday. Also, in case I forgot to mention – SUNNY. The other two seemed do-able though so off to my wardrobe I went.

Frock and wedges selected, I skipped downstairs to be greeted with, “Is that what you’re wearing? How are you going to walk in those?” Great start with challenge number 2. Not sure why I ever worried about being over dressed! (Um, maybe because, later, the first person I bumped into that I knew said “You look nice! What’s the occasion??”  Then the second acquaintance we ran into asked if we’d been somewhere special for lunch. So I asked Ollie if I looked really over dressed, and he point blank told me, “Yes. You really do!”) I resisted the urge to run back upstairs and change into my trusty skinnies though, instead we set about deciding what to do. There was a food festival up the road. We could go for a walk along the canal and stop off for lunch at a nice country pub? Or maybe head somewhere new altogether and go on a real adventure?

Yeah right. We took the dog for a walk in the park and went to get burgers at The One Trick Pony Club. I did wear a dress though so I’m classing that as a good effort. And I do love those burgers. 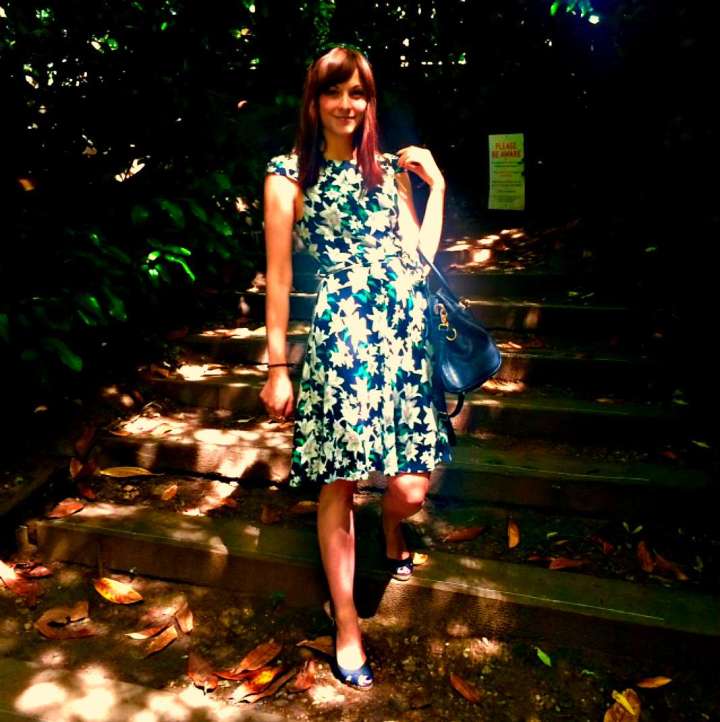