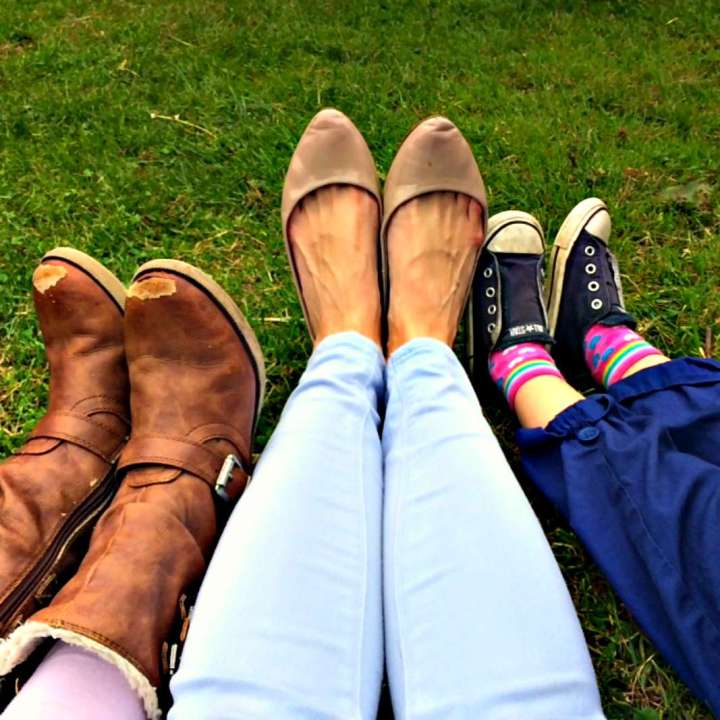 It’s a funny old time of year, Christmas, isn’t it? I don’t know about you but I find myself on a bit of an emotional rollercoaster during the festive season, swinging precariously from giggly and excited to blue and melancholy with just the sound of the wrong Christmas song. And that’s just every year – this year, in my current state of uncertainty about the future, it’s worse than ever! Bet you’re thinking I’m a joy to live with, huh…?

This week has been a bit up and down. My festive cheer from a couple of posts back wavered at the beginning of the week thanks to those little know irritations called WORK and LIFE, but then they were back off the richter scale following two Xmas parties and a fantastic night out with friends. Well, it’s tough not to feel cheerful when you get to wear two giant skirts back to back, but more on that later. Three days of back to back partying inevitably led to a bit of a crash back down to earth yesterday (as well as being the most tired I have ever been. I’m officially too old for this) so I decided to do a little online shopping for my Niece’s presents to hold off the blues.

Thinking about my nieces always cheers me up. Whether it’s their cute little faces, a picture they drew me or remembering something hilarious one of them said, I can’t think about them without cracking a smile. They aren’t easy – they squabble, they get bored, and boy do they have a lot of energy – but they are awesome and I wouldn’t change them for the world.

Keira and I have a special bond thanks to having looked after her when she was small. She was always a bright little button, and the older she gets the more she amazes me. Last Christmas she spent all day teaching my emotionally damaged dog, who rarely lets a child (or a stranger for that matter) within 6 feet of her, new tricks. I think she looks forward to seeing the dog more than me, but either way it warms the heart to see them playing together and I can’t wait to see them again on Boxing Day for more fun.

Josie is the cheekier of the two and a natural comedian. Last week when I was visiting thanks to a work event nearby she sang me a beautiful rendition of ‘We Wish You A Merry Christmas’, featuring the lesser known xmas treat “Piggy Pudding”. Piggy Pudding, in case you’re interested is ‘a bit like a mousse’ according to Josie, it’s chocolate flavoured, but pink! She also asked me if I had a baby in my belly, and when I said no she said, “Then why is it so big and fat?!” Thanks Jose, much appreciated!

So now whenever I feel the melancholy creep back in I remind myself that in around 2 weeks I’ll be spending the day with my two favourite girls and that’s enough to keep me smiling. 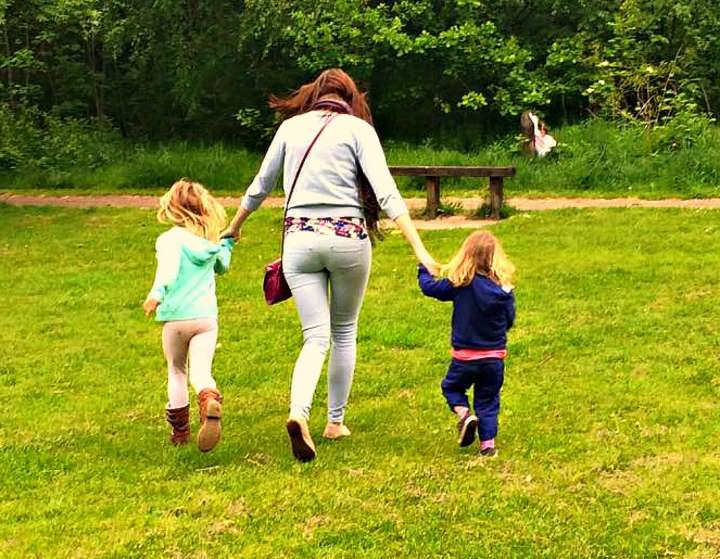 Bring it on, Christmas, I can handle you!

Back in my maternity uniform of a stretchy dress! Managed to pick up a couple more on a mini trip round the charity shops today too! It’s funny, I used to complain that Loughborough wasn’t great for shopping, which it wasn’t when I shopped on the high street. But now I’m strictly second hand, it’s become a haven! There are oodles of charity shops here, today I only made it round 4 and still picked up a decent stash, which I’ll be sharing on my stories in a bit. Also managed another shoe save in the form of my Zara leopard lace up flats (93/181) - can never resist pairing this forest green with leopard accessories!
I look smug in this pic because I found flared maternity jeans - I’ve been searching since last time I was pregnant and had started to think they didn’t exist!
Just patiently waiting for the rain to end... this isn’t me today, obvs, it’s far too soggy outside for both this outfit and sitting on the floor in the garden, but I felt like the grid deserved more than my maternity jeans and baggy jumper today, so here’s a bit of colour instead!
No exciting outfit for me today, we had a very lazy morning in our pjs after a bad nights sleep for all, then spent the afternoon adventuring. Which is my favourite way to spend a Sunday to be fair!
Feeling lots of love for this guy right now. For the last two months I’ve been a bit of a nightmare housemate. If I haven’t been laid up in bed with sickness or migraines I’ve been passed out on the sofa. When I am awake I’ve been either in floods of tears over something stupid like having to get rid of Bailey’s pram, or in a heightened state of anxiety about making it through the pregnancy, how I’ll give birth or how we’ll even cope when the twins are here. But somehow this household is still operating. Washing is being done, the dishwasher is being loaded, the fridge is never empty and me, Bailey and Bonnie are always fed and watered. And I haven’t done any of it. I’m not even kidding - I did one load of laundry last week that I forgot about so Dan had to do again, and cooked about two meals. That’s it. I haven’t had to make a decision in weeks. He’s always been on hand to calm me down when I have a freak out or give me a cuddle when I feel sad. He gives me a boost when I worry I’m not being a good mum to Bailey right now because I’m too tired and dizzy to play on the swings and his mealtimes make me throw up. He sneaks off with him when he sees I need a break and never loses his patience when I can’t think of one thing I want to eat for dinner. There has even been a late night trip to the Chinese for me - yeah I thought that was some crap you only see in movies, too! He’s basically awesome and I wouldn’t want to do this with anyone else. I can’t help but find it alarming just how quietly confidant he is that this is all going to be fine, but he makes me feel like it really will be and for that I am forever grateful. Thank you, Daddy, we couldn’t have done this without you 💕
Woooohoooooooo! We went to the pub!! Obvs I couldn’t drink, but had the loveliest time finally getting to meet my friend’s little boy who was born in Feb. Bailey behaved himself (as well as a 20 month old with ants in his pants can, anyway...) and the sun even came out eventually! Such a lovely day. Though now I’m so tired I’m pondering whether a packet of McCoys would constitute a healthy dinner...
Loading Comments...
Comment
×
%d bloggers like this: