There have been all sorts of stories about random acts of kindness lately, following the terrible news events of recent weeks. Hundreds of them, from donating money, clothing and food for those in need, to actual acts of bravery where member of the public risked their own lives to help those whose lives were at risk. It’s all very heartwarming stuff, but isn’t it a shame that it sometimes feels like it takes a huge scale tragedy for people to start putting the needs of others ahead of their own? How many times a day does someone jostle a by-passer out of the way because they have to get to work on time and they’re seemingly the only person at 8am on a Monday in a rush? How many times does a poor call centre worker or shop assistant get screamed at about something completely out of their control because a customer is having a bad day? We are so busy and consumed with our own lives that we often don’t take the time to stop and think about the impact our actions have on others, or indeed how we could make that impact more positive. Every now and then though, someone does something to buck the trend, and it’s such a lovely moment when they do.

I experienced my own random act of kindness on Thursday last week. I was meeting up with a friend who has been having a bit of a tough time lately. I knew she’d been feeling a little blue, but I only recently realised the full extent of how she was feeling and was a little pissed at myself for not checking in with her sooner, so I was ready for a bit of an emotional evening. Sure enough, within a few minutes of arriving she had dissolved into tears as she explained events of the last week or two and I felt really awful that she’d been feeling so low without me realising. After a long chat and a bit of a cuddle I headed over to the bar to top up our drinks, and was taken aback a little when the bartender told me they’d already been paid for. When I asked by whom, he pointed to an older man stood at the end of the bar who I thanked, and simply gave me a little wave and a nod and returned to his conversation with his friend. When I got back to the table I filled my friend in, and we noticed he was heading over to the table. For a horribly awkward moment we thought maybe we were going to have to politely decline a request to join us – isn’t it crappy how us girls are so used to being hit on by strangers that we automatically assume an offer to buy a drink has an ulterior motive attached – but instead he just said this:

“I hope I didn’t embarrass you, I just wanted to get you a round in. I saw you crying from over there at the bar, and I’m sorry for whatever has made you upset, but I thought maybe a free drink might cheer you up. Anyway, I hope you feel better soon, enjoy the rest of your night.”

This actually made my friend cry even more, but not because she was upset, just because she was so touched that a complete stranger wanted her to feel happy again. I have to admit I felt a little misty eyed myself! It was only a small gesture, but for someone to show that the world isn’t all a horrible place is all it takes sometimes to make you feel better, and the rest of the evening was filled with more smiles and laughter than tears, so it really did do the trick.

I’ve had a rubbish day today. I’m not very well, haven’t been able to get into the doctors and am having a particularly challenging day at work, filled with IT failures and impatient people – but everytime I’ve felt ready to tear someone a new one I’ve thought about last Thursday and reminded myself not to be part of the vicious circle and take my frustrations out on someone else. Instead I’ve been thinking about how I could pay it forward with a little act of kindness of my own, and hopefully at some point in the near future I’ll find an opportunity to do so.

Keep smiling everyone, and look after each other! 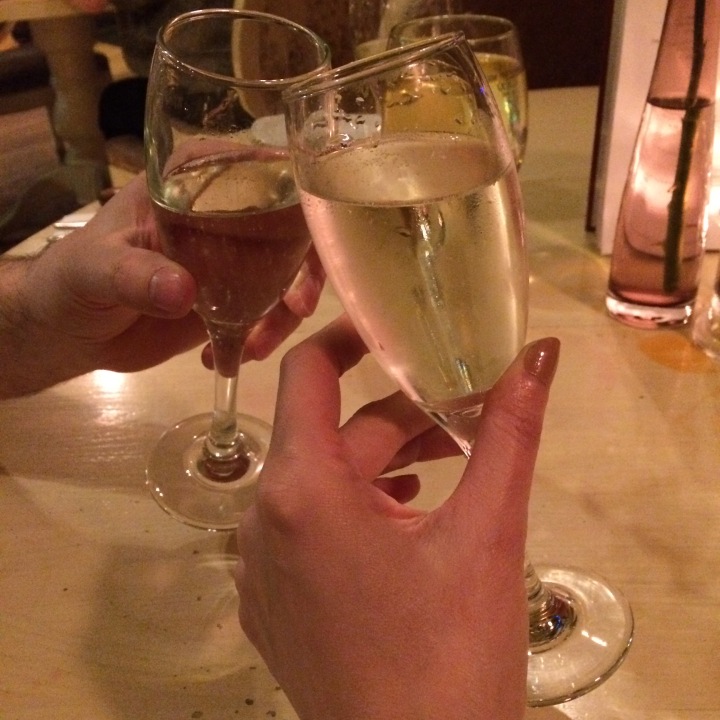