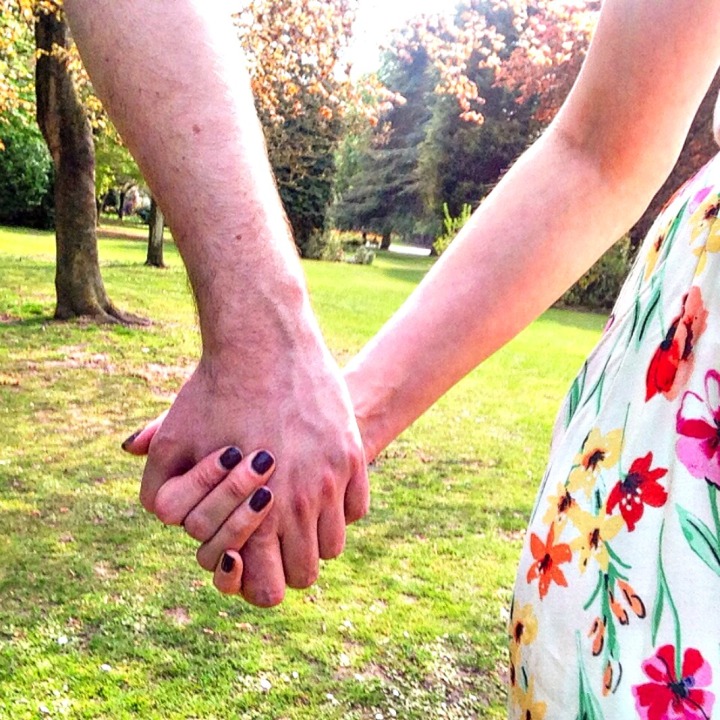 We’re an odd bunch, us ‘Millennials’ (actually, I bloody despise being classed as a ‘Millennial’, but that’s a post for another day…) We grew up in changing times. Girls became Ladettes and The Spice Girls brought back GIRL POWER! Reality TV became a thing. People started being famous just for being famous. More importantly though, we were the generation that got told we could be anything we wanted to be. That it isn’t the winning but the taking part that counts. That we should be ourselves at all times and not give a crap what people thought about it. All very supportive stuff, but what did it produce? Well, a lot of kinda selfish, self centred people really. Admit it, it’s true isn’t it? Myself included, we have a terrible tendency to think about ourselves before anyone else, we Millennials, and never is that more apparent than in our closest relationships.

To a certain extent, I agree with some of the rhetoric. You SHOULD be true to yourself. You SHOULD reach for the stars. You CAN be anything you want to be. But it sometimes seems like they forgot to tell us kids that it would actually take a bit of hard graft to get there. You should only ever expect to get out what you are willing to put in, especially when it comes to people. Especially the people we care about the most. Yet time and time again, I hear people trot out the same little gems. Little gems that we’ve heard repeated a lot through our youth, that were meant to be inspiring and help guide us in the right direction, but that we now use as excuses for basically being dicks. I have to do what is right for me. This is who I am, deal with it. I’m not going to change for anybody. Over the years I’ve seen plenty of relationships around me crumble – including my own – because we just weren’t right for each other, but that is rarely the real reason. The real reason is normally that both parties want different things, and one or maybe both, aren’t willing to compromise.

It’s sad really, that so many people are so quick to throw away what could probably be a perfectly happy union because they can’t let go of those age old demands that we BE OURSELVES. Except we’ve gotten that message all wrong. You can’t change what you like and dislike. You can’t change where you were born or your roots. You can’t change who you are, and you shouldn’t have to. But since when did that mean you can’t change the way you behave? You CAN change that, actually, and it doesn’t mean you’ve suddenly become a different person. It also doesn’t mean you’ve turned your back on your feminist beliefs or fallen under the thumb if you decide to endure the odd football match or theatre trip every now and then just to make your other half happy. The fact that you don’t think it’s important to change the toilet roll when it runs out, or you feel like having quiet time to yourself after a busy day at work rather than help with the dinner, or you tend to turn into a bit of an idiot when you have one too many glasses of wine – all those seemingly trivial things that couples frequently argue about – that isn’t who you are. Those things are not intrinsic parts of your genetic make up. They are just things that you do, that you have plenty of control over if you want to – but wanting to is the key.

I don’t believe love is quite what it’s cracked up to be. That isn’t to say I’m not a believer, because I am. I’ve been in love, I’m in love right now as we speak, and it’s AWESOME. But it’s also hard work. Because there isn’t some star crossed soul mate out there who is instantly your matching half. Our parents were right about that one – we’re unique, you and I. No-one will have all the same interests or thoughts or feelings as you all of the time. No-one is quite like you, and no-one is going to magically melt into your life as though they have always been there. No-one is going to psychically assess and anticipate your every desire and need without you having to tell them what they are. So why on earth do we expect them to?? We are all going to have to be willing to bend a little if we really want to be happy, because if we rigidly continue to do things that upset those around us in the misguided belief that they should just accept us the way we are, they will eventually get fed up and leave. And then we’ll tell ourselves and anyone who’ll listen it’s fine, because they weren’t right for us anyway. Or maybe they’ll stay and be miserable, and then we’ll blame them for making the relationship toxic with their negative energy, because that’s what we Millennials do!

Is it really such a big upheaval to just change the toilet roll? To just help make the dinner and chill out later? To maybe go a bit easier on the wine when you know the night is important to someone? Is it really such a big deal to, god forbid, do something for no reason other than the fact it makes the person you love the most, happy? Seriously, DO go changing people. You can be a nice person and still be you!

Seriously though, if you could just change the toilet roll, that would be great, because that s*** gets annoying.