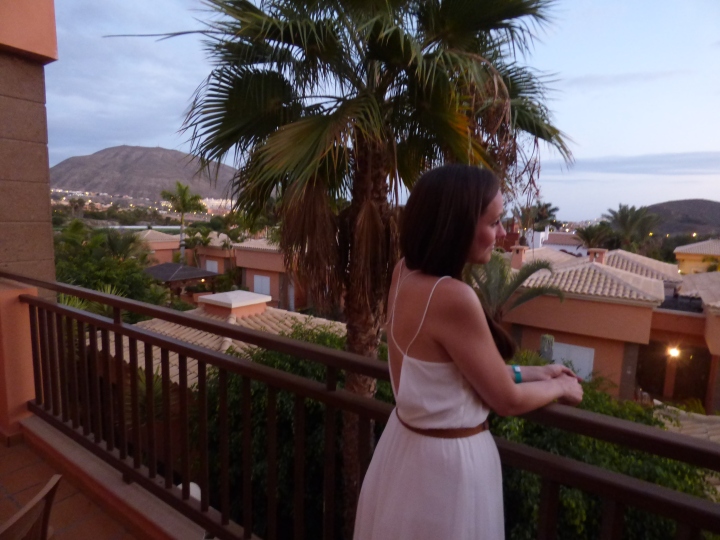 We have a pretty tried and tested method when it comes to researching hotels for holidays. It’s not exactly revolutionary – basically, once we have worked out where we are headed, we hit Tripadvisor and look for the highest rated at the lowest price. It’s not rocket science, and it’s always worked out pretty well for us – we’ve not yet been disappointed by any of the hotels we’ve stayed in. This years holiday was no exception – we were really impressed with everything, from the service, to the lovely grounds and the fantastic food – but after returning I was shocked to find not everyone felt the same way. There have been some quite brutal reviews left recently, which left me wondering – did I go to the same place?? Do I just have really low standards?? Did they really just have the “worst experience of their life, ever” in what I thought was a fantastic hotel?? I guess I’ll never really know, but I’m pretty sure I’m normal, and that most people on Tripadvisor basically suck. So I decided I’d give you the truth about this place, the real version – the one where you realise you get what you pay for and that not having a particular brand of rum available doesn’t ruin your life….

Now, if you’re a Tripadvisor Dick (or TD as they shall now be known for the rest of this post…) the location of Green Gardens Resort is awful. Because it is not both right next to the beach, most of the restaurants and the airport whilst simultaneously being peaceful and quiet at night. True fact – it is a little way from the main strip. About a 15-20 minute walk if you don’t mind a bit of exercise and fresh air. Some people can’t, of course, for many reasons, so luckily there is a free shuttle bus every day to take you both into the town and to Siam Park. This is not good enough for TDs though. Oh no. Because imagine having to be at a certain place at a certain time to catch the free transport? What a bloody inconvenience. And if you can’t plan to be in the right place at the right time to catch a timetabled bus, when you’re on holiday and literally have no place to be, you have to rely on a taxi. A TAXI!! In this day and age….. We are not TDs,  luckily, so the distance was no problem to us. We quite enjoyed our little strolls down to the sea each day. We actually loved being a little further away from the strip as the fluorescent lights and thumping music of the strip weren’t really our scene, so liked being able to escape the noise at night. 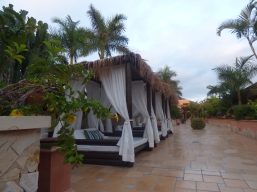 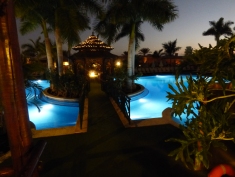 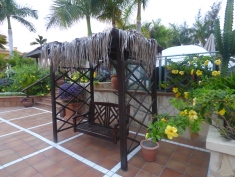 We were very pleased with the facilities on site. Our room was far more spacious than we needed, was cleaned frequently and boasted a gorgeous view from the balcony. We were all inclusive, but having a fully functioning kitchen was great, especially a fridge. The fact it was fully air conditioned and had wifi was a huge bonus! The grounds, set in the middle of a golf course, were lush and green and the pool, which was split into two with one side heated and one side not, was fab. Not for the TDs though. Because two pools just isn’t enough, surely? And the management should really do more to keep out all those non-English people. And you have to pay to use the spa!! Because TDs think all you can eat and drink plus a spacious room and a pool for a few hundred quid just isn’t good value. All basic holidays have massages and spa treatments included, don’t they? God I hate TDs… 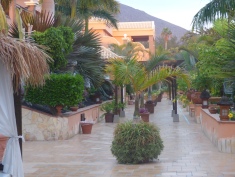 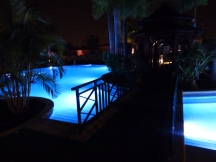 Now, I’ve never really gone on the kind of holiday where entertainment was included, so to me it was a bit of a bonus that there was a show laid on every night. It wasn’t always my cup of tea, but it was, you know, FREE, so what is there to complain about? Oh, plenty, if you’re a TD. English people weren’t catered for apparently – though I can’t say I struggled to understand what was being said at any point. And it finished at 10 pm! They only entertained people till 10pm, and then you had NO CHOICE but to go somewhere else until the small hours. I mean, what kind of ‘family’ hotel doesn’t allow you to stay up getting slaughtered with a disco pounding until 4am, I ask you? And imagine having to leave your hotel at some point?? While on holiday?? I DIDN’T COME ABROAD TO SEE THINGS OUTSIDE THE WALLS OF MY OWN HOTEL, DAMMIT!!

Nothing gets people more upset than food, does it? TDs spend no end of time complaining about the food on holiday. I personally was thrilled with all of the options on offer. But TDs were not happy that all you had to choose from was endless salads, paella, a couple of meat options, a fish option, a veggie option, several side dishes and a veritable feast of cakes and pastries for desert. The way they did a different country as a theme each night simply didn’t offer enough choice. And don’t even get them started on the poor variety of drinks that you can drink for free. I mean, they only offer 4 cocktails. JUST 4. They might well have beer, wine, sangria, vodka, gin, rum, whiskey, a few local spirits, tea coffee, soft drinks and water, but they drink Malibu, and Malibu only, which they didn’t have, so it was rubbish – RUBBISH I TELL YOU! 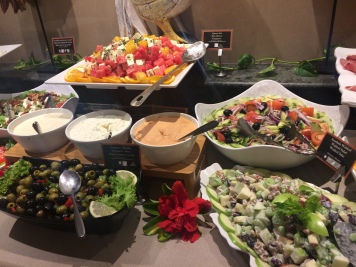 All in all, we had an absolutely fantastic time, we truly felt looked after and loved every minute. I’m not a travel writer, and this post won’t in anyway act as a useful review, but I would genuinely recommend this hotel if you’re ever in the market for one in Tenerife!

As long as you aren’t a TD anyway…