Ah November. What a lovely little month you have been.

That isn’t something I’d usually find myself saying! I have never been a fan of this time of year, with the cold, damp weather and lack of daylight. I always feel a heavy weariness of the soul as the nights start creeping in and the temperatures plummet, and the rapid rate with which we start hurtling towards Christmas and the end of the year always leaves me feeling a little panicked and breathless. But this November has felt different. Maybe it’s due in part to the long, extended mildness we’ve had this year, with only the odd frosty morning so far and plenty of those crisp, sunny days you read about but rarely see. Either way, despite still feeling the usual sluggishness, this year Autumn hasn’t felt all doom and gloom, it’s been positively lovely and full of promise – but most importantly, full of lovely happenings. Of course, it could also be because I GOT ENGAGED!!! But I’ve bored you enough about that already, so let’s crack on with what happened the rest of the month!

We began the month much in the same way we seem to spend an awful lot of our time lately – eating and drinking! One of our businesses holds a monthly night market in their car park, featuring a host of street food vendors, craft and vintage stalls and live music. We had a lovely evening gorging on deluxe chilli hot dogs and perusing the wares, before nipping inside once it got a bit chilly to drink wine by the open fire. It was a lovely way to start easing into the festive season and really got me in a Christmassy mood! Best of all, it was a great opportunity to support some local independent businesses – always a winner in my book! If you are local to Harborne in Birmingham, you can find out about future events here! That set the weekend up nicely, because the following night we headed out to Bonfire Night celebrations in the village next to ours with our friends and their baby girl. I used to be terrified of fireworks as a child – specifically the loud bangs – so I must be making up for lost time or something as I love them now! We spent the evening drinking beer and eating pulled pork baps, and it was just magical seeing little Amelie’s face light up at the pretty lights and the huge fire! The rest of the weekend was spent buying supplies to start decorating our living room, which I’m EXTREMELY excited about! The theme we’re going for is green and gold, though it was weirdly hard to get paint in forest green for some reason! It didn’t put us off though, and after a few little plastering and electrical jobs, painting starts this week! Can’t wait to unveil it! 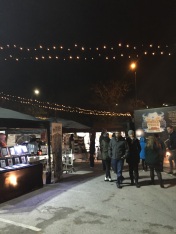 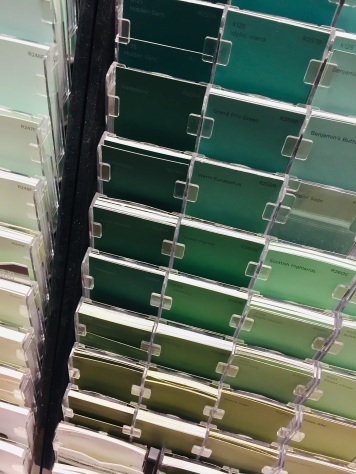 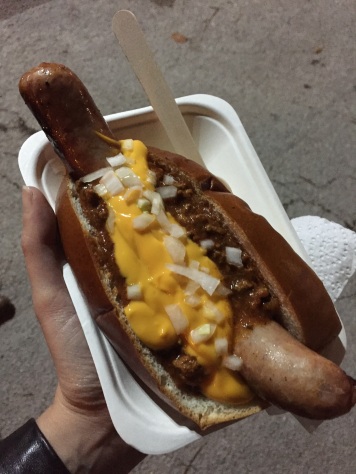 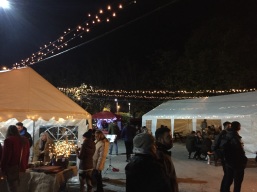 The following weekend was one of my favourites of the year (not counting my engagement weekend, of course!) I had bought Dan tickets to a cheese festival in Peterborough for his Birthday and it was finally time! We headed over after work on the Friday and checked into the most delightful hotel, The Bull, before heading out for a huge Italian dinner at Prezzo. We got a fairly early that night as we were both keen not to spoil our appetite for cheese with a hangover! The next day after a delicious breakfast at the hotel, we headed off to Cheesefest UK, which was essentially a hangar FULL of cheese vendors! I’m not even kidding, there was cheese EVERYTHING. Anything you can think of doing with cheese, they had. Chocolate cheese, mac n cheese waffles, fried cheese, melted cheese, cheesecake – it was immense, and of course, we stuffed our faces. First up we went for some classic mac n cheese, because how could you not?? The version we went with had fried chicken on top and was delicious. We also polished off a healthily sized portion of halloumi fries which were just incredible, and finished off with possibly the most amazing brownies I’ve ever eaten – mine had whole chunks of Kinder Bueno inside! Special mention has to go to the donuts we sampled though, which were stuffed full of camembert and topped with bilberry compote – unreal!! I honestly cannot think of a better way to spend the afternoon – gobbling up tasters of every flavour cheese imaginable, knocking back Prosecco and listening to live music, all with my lovely Dan in tow. I’m actually not sure it was really a gift for him, because it’s pretty much my dream day…! And needless to say, an awful lot of our friends and family are getting cheese for Christmas!! Later that evening we headed over to The Brewery Tap where we ate the most amazing Thai meal, then danced the night away drinking rum and cokes until waaaaaay past our bedtime – there were some sore heads the next day! That didn’t stop us enjoying the Remembrance Day parade at the cathedral and some rummaging through vintage shops the next day though, before heading home to try and recover ahead of another week at work…! 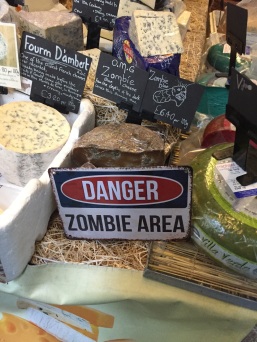 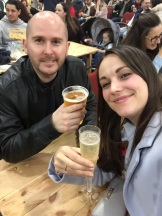 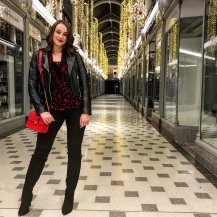 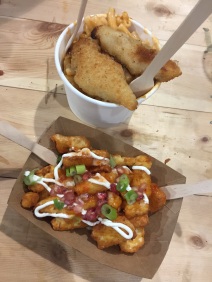 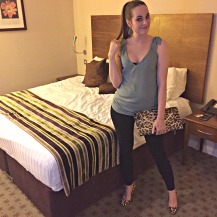 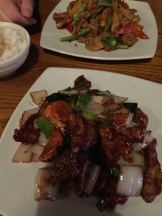 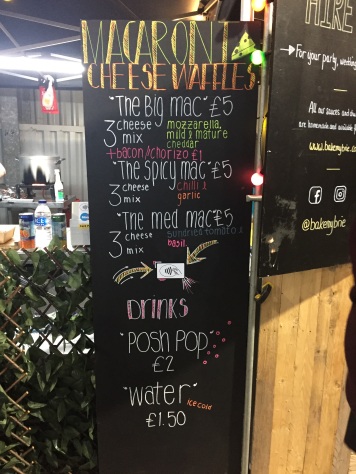 Weekend three of November also brought some fun! Some friends from down South were due up for a visit, so we had a day of fun in the park with their children and a pub lunch planned, followed by a grown ups only evening so we could have a drink and a catch up uninterrupted! A friend of Dan’s got him a pizza oven for Christmas, and I’m sad to say this was the first time we’ve got it out! It definitely won’t be the last though as they were absolutely delicious, and the most fun way to spend an evening! Us girls quite quickly realised the boys had the pizza oven building nailed, so we retreated to the hot tub with a bottle of fizz while they cracked on, and amazingly they let us stay there while they ferried over freshly cooked pizza for us to nibble on! We felt very spoiled, and as you can see from the lack of photos, quite a lot of that fizz got consumed, so Sunday was a day of vegging in front of the fire with the pup once we’d done a little more shopping for the living room! 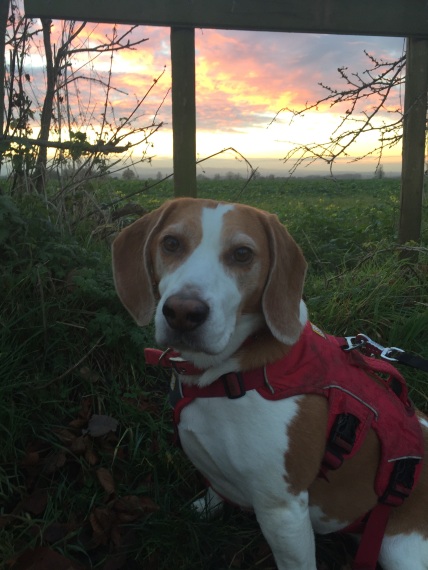 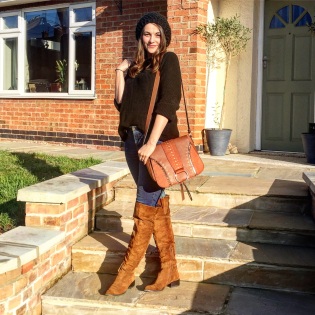 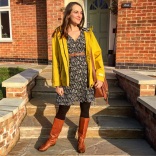 The rest of November was largely spent getting in the festive mood! Getting engaged at this time is really very magical, and just perfectly timed as all those Christmas parties start kicking off (well done Dan!) My favourite of all festive activities is to visit Birmingham’s German Market, and have already managed 3 trips which is probably a record, as I normally promise myself I’ll make the most of it then run out of time completely! The first trip came as a pre-drink before a Pamper Party at Harvey Nichols, organised as a networking event by one of the organisations we work closely with. It was a fabulous evening complete with complimentary wine, beauty treatments and goody bags, and I’m delighted to say I even won a Christmas hamper in their raffle! The next trip was a lunchtime bite to eat with my Dan and sister which has become an annual tradition. I gorged myself on fried potatoes with garlic sauce and an After Eight crepe, which made it kind of hard to stay awake at my desk for the rest of the day…! Finally, Dan and I made a trip for a date night last week, including a stay at one of our favourite hotels in the City, Saint Paul’s House. It was our first proper outing just the two of us since getting engaged so we made the most of it by toasting with a glass of fizz before heading out to indulge in some hot mulled gin, cheese topped garlic bread and giant German beers! It was the loveliest way to round off the month, and all those twinkly lights and the cheesy music really started to get me excited for Christmas! 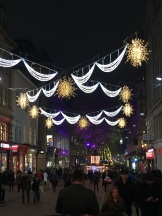 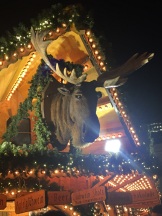 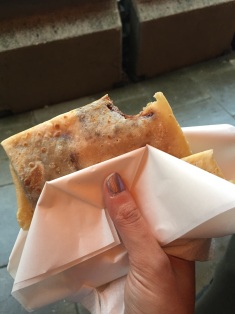 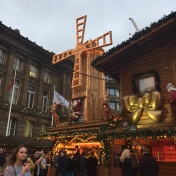 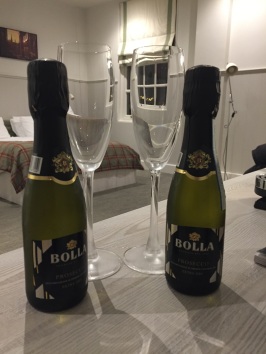 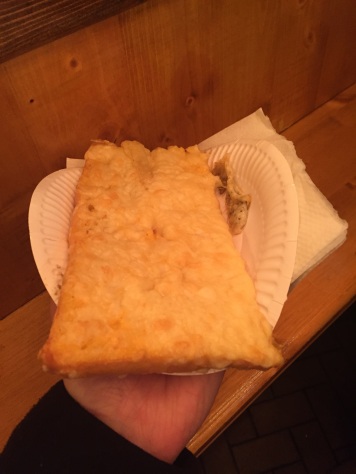 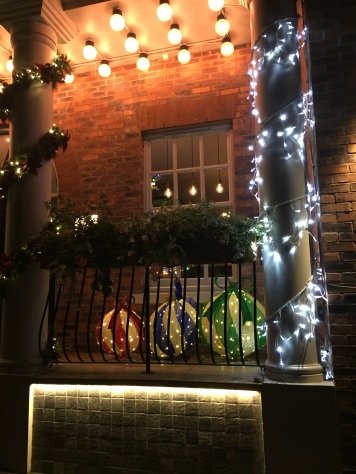 That isn’t all the excitement quite done with just yet though! Bonnie had a little drama of her own this month! While staying at my parents house last week she managed to slip her collar and get out of the back garden on a little escapade! She had the loveliest time romping around in our neighbours gardens and the scrub land behind the house. My parents though, obviously, were sick with worry and terrified she might find her way onto the railway line! It was an hour before they managed to coax her back, and when she finally decided she’d had enough fun she returned home, only for my parents to notice that at some point on her adventures she had gotten herself a nasty cut on one of her back hocks, and since it didn’t stop bleeding, and still in a panic from thinking they might need to tell me they’d lost her, they rushed her to the vets. She was absolutely fine, and thankfully no stitches were required, just a rather fetching bandage! She has been milking the attention something chronic though. When my Mum sent me an update on how she was doing on WhatsApp, it came with this picture:

That is one of the cat’s beds, which she is NOT usually allowed to sleep on! A few minutes later, after I asked how come she was up there, I got this picture: 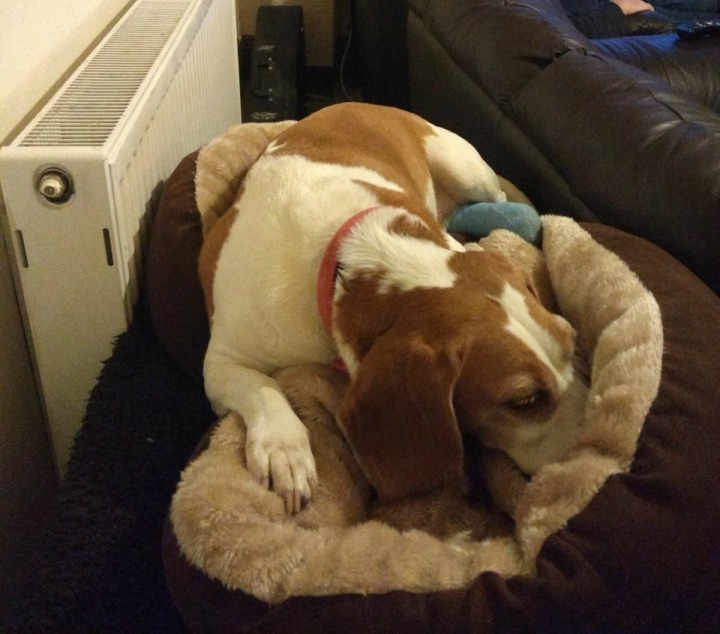 Yes, that is her, laid out across BOTH of the cat’s beds! They didn’t want to move her, because the vet had said she should stay calm and not jump around too much! Boy did she know how to play the invalid card! The bandage is off now so she isn’t fooling anyone – though she is not very happy with the plastic bag she has to wear over her foot whenever she goes outside. Serves her right for giving my poor parents such a fright! 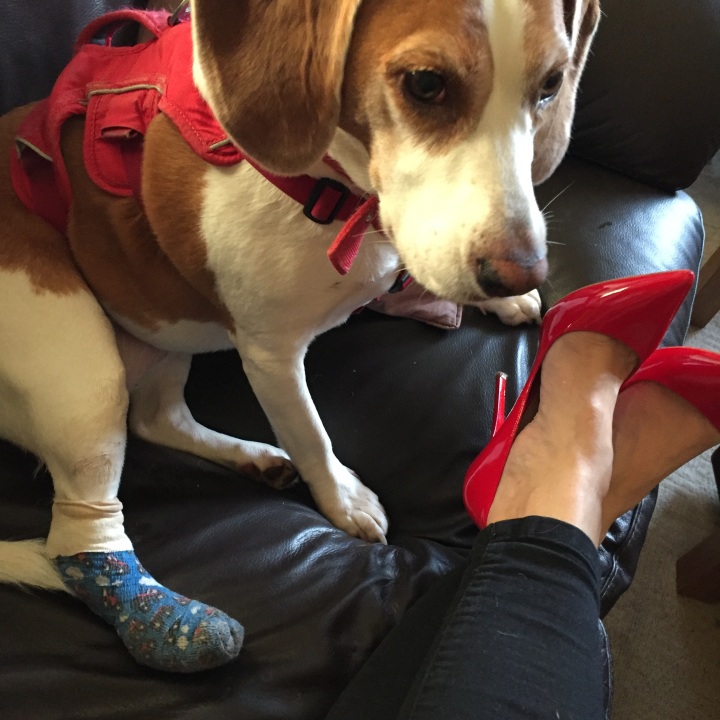 6 thoughts on “November Round Up”