What with our little man joining us a little earlier than expected and the whirlwind that ensued afterwards, it just dawned on me that I never got around to filling you in on the third trimester! Now that he’s here pregnancy feels like a distant memory – if I didn’t have the little fella sleeping soundly next to me right now I could almost believe I’d dreamed the whole thing up! And that’s a strange thing to comprehend, because being pregnant had become a way of life for me. It was the first time in my life I’d felt truly special and beautiful and I’d grown so accustomed to it I almost felt as though I’d be pregnant forever. Obviously I knew a baby was coming, but it never really crossed my mind that this meant I’d no longer have one in my belly! I guess it comes down to the fact that I had a relatively easy pregnancy. Even in those last few weeks when I was at my most uncomfortable, I couldn’t really complain. Sure I was tired, I was achy, I couldn’t walk too far without getting out of puff, and I was popping Rennies like they were going out of fashion, but generally I felt very well in myself and didn’t at any point suffer that desperation for the baby to get a wriggle on and come out! If it hadn’t been for the fact I was still working and finding that a struggle towards the end I’d have happily existed in that state forever more. Yes, even without the gin!

There were some downsides though, mostly of the emotional variety. The final trimester was when we started to really ramp up planning for baby’s arrival, so it was a busy couple of months full of reading up, attending antenatal classes and NCT and firming up what my birth plan was – I say firming up, but honestly one of the most important things I learnt through this whole experience is that babies simply do not follow any kind of schedule or plan, so really it was a birth list of preferences rather than a plan as we decided the important thing was to stay open minded and go with the flow. This crazy influx of information squeezed into about an 8 week period took it’s toll on my previously zen state and I saw a return of the dreaded anxiety. Strangely I never felt particularly anxious about the birth itself, more the vast void of the unknown that was looming, and that we were hurtling towards at a rapid rate! At this point we still had no idea we were expecting a boy and I still couldn’t really picture what life was going to be like once our little one arrived, and coupled with the fact that we had no guarantee of exactly what day and time baby would decide to make it’s appearance, all this ambiguity started to drive me a tiny bit insane! I was equal parts terrified that I’d be really late and find myself rattling around the house awaiting the inevitable with Dan over an hour away in Birmingham, and completely freaked out at the thought I might go into labour at any unexpected time like on the train or while walking the dog or something (thankfully neither of those things happened, and at some point I’ll fill you in on Bailey’s birth story!) Having spent most of the second trimester blissfully ignoring any of my first trimester concerns about the health of our little one I suddenly found myself obsessing again with the idea that something might go horribly wrong at the final hour and we’d have to come home without a baby, or that somehow some horrible disease or deformity might have gone undetected until now, but a late scan thanks to an invite to take part on a research project helped to put my mind at rest there.

What it didn’t help allay though was the ever growing fear that something might happen to Dan! In the last few weeks of pregnancy Dan and I formed an even closer bond as we started to learn more about what to expect from labour and birth and how he could support me, as well as making decisions for the early days of our child’s life, and out of the blue I suddenly started having moments of blind panic where I’d question how on earth I’d cope without him. One night he took a bit longer than expected when he popped out to the supermarket and I convinced myself that he must have gotten into a car accident or something! I’d love to say this phase passed quite quickly, but to be honest I still worry about it now, especially now that he’s back at work!

I guess the biggest thing I’ve taken away from the whole experience of pregnancy is not to wish it away too quickly. Even the bad parts. It’s such an incredible experience that I feel really blessed to have had, and it goes oh so quickly. With our little boy arriving early it really made me realise how much I wished I’d cherished those last few moments and really enjoyed the feeling of having our little boy growing inside my tummy, because before you know it they’re here and life is immediately different. It’s a joyful time for sure, but I can’t tell you how many times I’ve welled up remembering how simple life felt when he was safe in my belly!

But that’s a story for another day! Apologies in advance if things get a bit baby centric around here for a while and that’s not your bag – thing is though my brain is choc full of words to say about him, and to be frank, he’s kinda the centre of my universe right now soooo…. Normal service will resume in time I’m sure, but for now I hope you’ll forgive me for wanting to boast about my little man! 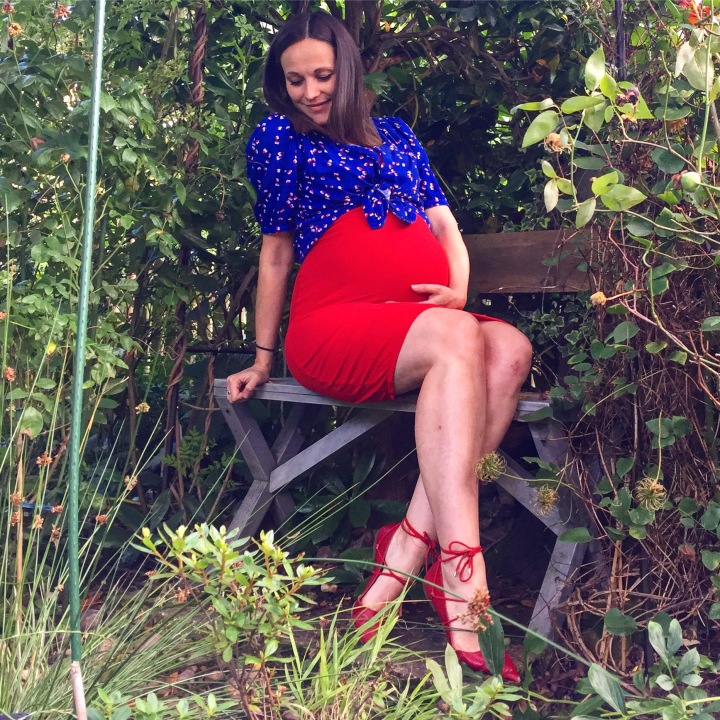 4 thoughts on “The Third Trimester – The Final Stretch”