So another couple of weeks appear to have passed without me managing to post about anything. Not a huge amount has happened in fairness so not really a big deal, but I know how you all sit on the edge of your seat awaiting my next update…. or not. At least if I’m not posting, you don’t have to listen to me whining, so, silver linings and all that.

Some things have of course happened (wouldn’t that be weird if literally nothing happened? For two weeks? What would that even look like? Would you even be aware of the nothing happening? Would everyone be experiencing nothing at the same time, or would it just be you? Too much for my fragile brain to comprehend. Lets move on….). The sun shone, for one. For more than one day. I wore lots of awesome dresses. Sadly I was too lazy to photograph them, so not only are you saved from my my ranting, you’re also saved from hundreds of bad, blurry photos of me wearing MORE POLKA DOTS. The polka dots were super awesome though. Now trying to think of an excuse to wear them again so I can bore you all about them….

So as if multiple doses of polka dots wasn’t enough to keep me smiling, my Brother and Sister in Law decided to throw a party last week for 4th July. Now, my Sister in Law is American, but she’s not actually particularly patriotic, so this basically was just an excuse to throw a party, which was lucky for me, because parties for the hell of having parties? ONLY MY FAVOURITE KIND OF PARTY EVER! So there was plenty to be cheerful about – sun, beer, fizz, a BBQ, a vat of mac and cheese, brownies, red velvet cupcakes, a movie tent (yes, a movie tent, and Despicable Me 2 if you were interested…) music and quality time with my family and beautiful nieces. Also, the opportunity to plan a colour co-ordinated outfit way earlier than needed. Always a bonus. 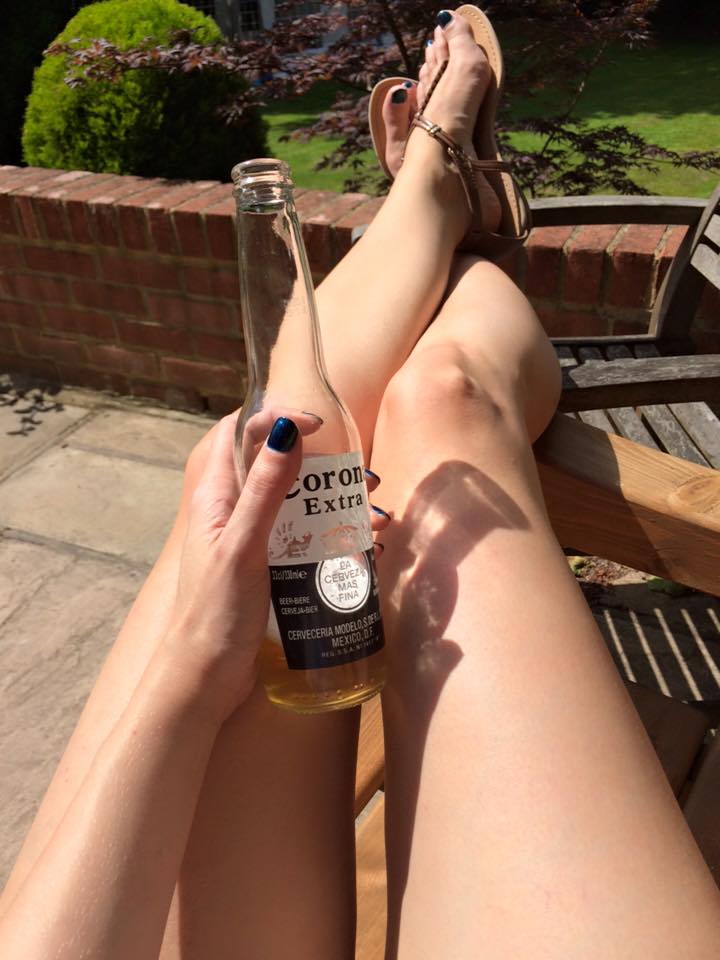 Want to know another thing guaranteed to cheer you up when you’re feeling blue? Trampolines. Seriously, this should be marketed as some form of therapy. I defy anyone to get on a trampoline in a bad mood and leave without a goofy grin on your face. The only tricky part is working out how to get it to yourself without all those pesky kids getting in the way. Darn kids. Was seriously thinking of getting one for my own garden, but I got sidetracked by the x5 steam cleaner, and that, my friends, is a story for another day….