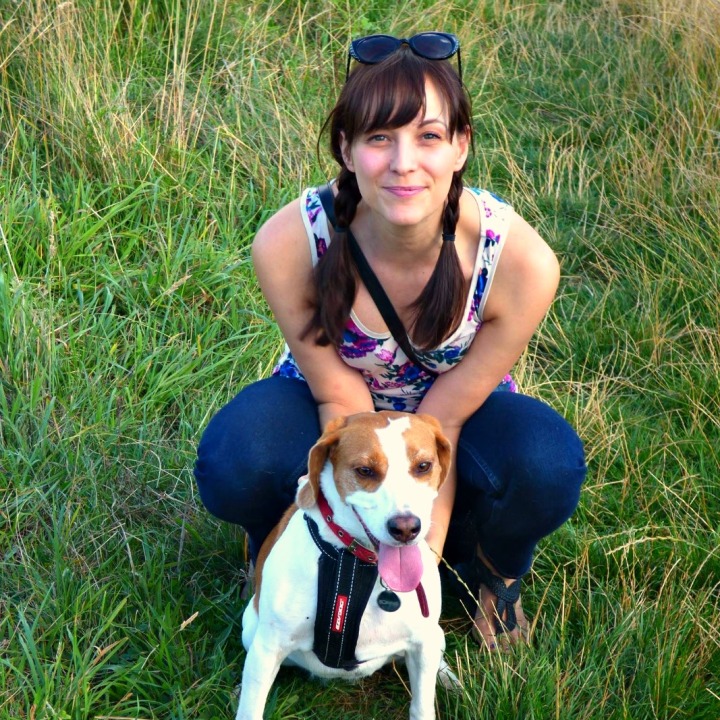 So, last week I quite strongly alleged that I don’t like people. I stand by that statement. People suck, on the most part. Dogs though, dogs are awesome.

Lots of people go on holiday hoping to make new friends or maybe meet a tall dark stranger. Me though? Well….: 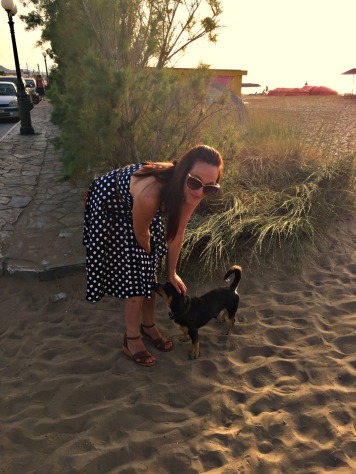 I look for dogs. That whole dog spotting in Barcelona thing? That was not a one off, friends. I spot dogs EVERYWHERE. I almost squealed, “BEAGLE!!!” at the top of my lungs while on a Hen Do in Harrogate at the weekend, and had to stop myself because I realised no-one in the group knew me very well. As well as dog spotting, I also like to try my hand at dog touching if I can get a chance (oh my. That makes it sound very sinister, doesn’t it?) If you are near me and you happen to have a dog, be warned,I will do my best to touch it. Don’t worry, I won’t freak you out by asking you, I’ll just sidle up next to you at the traffic lights and do a sly little lean so I can pat it on the head. Stealth (still sounds sinister…)

Anywho, the point is, I love dogs. Far more than their human counterparts.

Firstly, they’re just so darn cute. Even the ugly ones are cute. So it helps that they are easy to look at. I’m not a shallow person (honest!) but it does, doesn’t it? I mean, even when you discover they’ve chewed the gusset out of your favourite pants you can’t stay mad at them for long, because of that cute l’il face! And you can’t say that about many people! I hope not anyway, because I’ve just realised that sentence makes it sound as though I’m suggesting a person might chew the gusset out of your favourite pants, and ew, gross. This post is turning out a lot weirder than I originally planned…!

Moving swiftly on, when a dog loves you, it loves you unconditionally. I always feel horribly guilty if I shout at Bons. Or if I’ve been a bit lazy and not taken her for a proper walk. Or that one time I stepped on her paw and she yelped… But 5 minutes later, it’s all forgotten, she loves me all the same. She never judges me for not living up to expectations or makes me feel like I’m not good enough. She never holds it against me when I mess up or makes me feel like I’m asking too much of her. She just loves me, end of. And as sad as it sounds, sometimes that thought can literally get you through the day, the thought that there is someone waiting for you at home that loves you no matter what, who will always be excited to see you without exception, and who literally thinks the world revolves around you. I am literally the centre of her universe, and that’s a really nice feeling when you’re feeling low and a little unloved. Plus, she will always be there when I need her! She doesn’t have much of a choice to be fair…

That said, pooches (and other animals come to think of it) do seem to have a level of intuition that people simply don’t have. Have you ever noticed how they just seem to know when you’re feeling poorly or sad and need a hug? They definitely get more affectionate when they sense you aren’t feeling 100%, and they know just what you need to make you feel better – nothing more than a simple cuddle. If only more people knew how to do this, the world would be a nicer place, guaranteed. Instead, pesky humans feel the need to say, ‘I told you so!’ or tell you to man up, or try to tell you what you should have done differently if you weren’t such a dimwit. Seriously, if you value your loved ones, don’t do any of those things. Just make like a dog and snuggle!

Yep, they don’t ask for much, do dogs, which is another reason I like them more than people, who have such a terrible habit of demanding things from you. Dogs are happy with plenty of food, plenty of love and lots of walkies and playtime, but people? Sometimes it feels like people want the moon on a stick and then some from you, but they don’t seem all that willing to give you the same. Doggy relationships are far more mutually beneficial in my opinion. You scratch my belly I’ll scratch yours, if you catch my drift!

My favourite thing about dogs though? They’re transparent. You’re never wondering what a dog is thinking. Actually, that’s not quite true. I often wonder specifically what Bonnie is thinking, like, does she think in words or pictures? And what does she dream about? And I would definitely love to get one of those cameras so I could see the world from her point of view, but that’s because I’m weird! Anyway, when a dog is happy, or sad, or excited, or hungry, you know it. They never try to be something they are not and never leave you wondering what they really mean.

God love ’em. Maybe I should just start a doggy commune. Anyone want to join me?