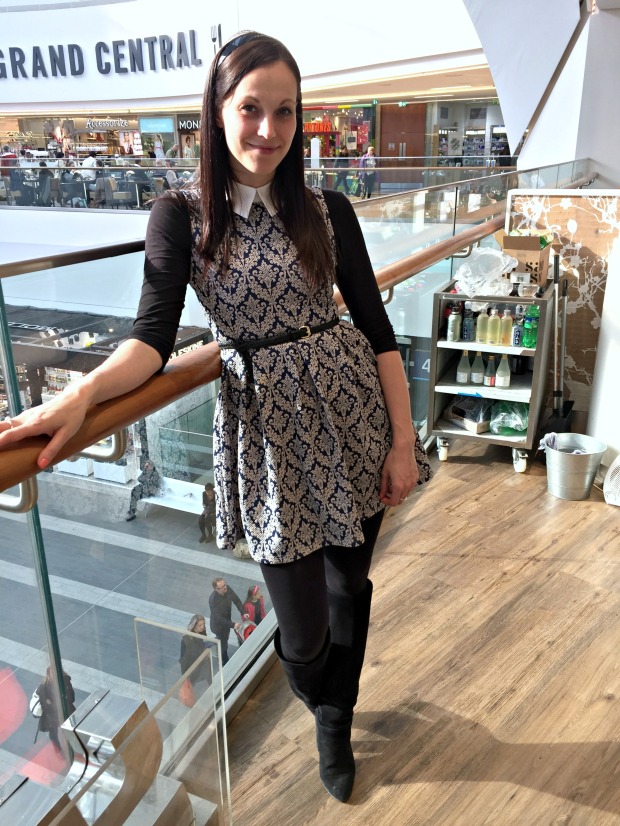 As I write this post I’ve just completed the act of packing away all my Winter boots and neatly arranging my favourite shoes in arms reach now that the weather has finally warmed up. It’s a little ritual I’ve only had to adopt since moving home in the last couple of years, as back in my own place I was lucky enough to have them all laid out on shelves all year round. I always find it mightily exciting getting them all out again and lovingly arranging them where I can see them everyday, but I can’t help but feel a little bit sad about not seeing my boots again for a while. So what better way to pay tribute to them than to feature them in a final outfit post until Autumn!

I have to start with a terrible confession – this was the first time I have worn this dress, ever, and yet it has been hanging in my wardrobe now for about 4 years!! It was a gift from a friend a few Birthdays ago, and while I loved it, I’ve always had problems trying to work out how to wear it. It is very, very short for a start, so is definitely more of a cold weather dress for me, because I’m not sure I’d have the courage to wear it without thick tights! But it also has no sleeves, and the idea of a Winter frock without sleeves just confuses my little brain – granted, it doesn’t take much. I also used to take issue with sleeveless tops or dresses that had collars – please don’t ask me why because I have no idea, and actually I’ve done a complete 180 on the stance over the last year or so when I fell in love with Peter Pan collars, but all the same, there was just something about the look that didn’t sit right with me. Either way, it resulted in the poor thing languishing for years on end, never getting to see the light of day. I feel like a complete donut now, that it took me that long to realise all I had to do was stick a long sleeved top underneath it….!

I’m extremely glad I managed to eventually figure this conundrum out though, because although I still look at these pics and feel like the whole look is a bit of a departure from my usual style, I felt bloody awesome in this ensemble. I don’t know if it’s because it looks a little girlish and childlike, but from the moment I left the house I just felt really great and carefree! And it must have showed, because it’s probably one of my most complimented get ups yet – even my beloved felt compelled to comment on it. In fairness, he tells me I look great in most things, because he is ace, but I actually think he really meant it this time. I felt a little like a Japanese school girl, which made it a little awkward when we popped out for sushi for tea (I didn’t want anyone to think I’d actually done it on purpose – I mean, we all know I like a themed outfit, but that would have been over the top weird I think!) but that might have been more to do with the headband than anything else.

Speaking of the headband – this was another first in a very long time. I used to live in headbands once upon a time. I think I thought I was channelling Blair Waldorf or something. But I haven’t worn one in years, and couldn’t for the life of me thing why, so popped one on that morning feeling very smug with myself for rediscovering a very lazy hairstyle for those days when I couldn’t be bothered to curl my hair. But before I’d even got to work I remembered why I didn’t wear them any more. They hurt like hell. Seriously. Like some form of medieval torture or something! Did they always hurt so bad?? I don’t remember finding them so uncomfortable when I was younger, or is it one of those things your brain chooses to block out for self preservation? Either way, it was not as pleasant an experience as rediscovering the dress was! 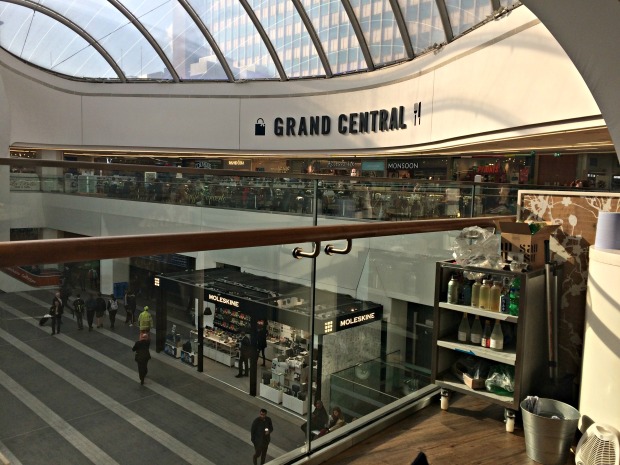 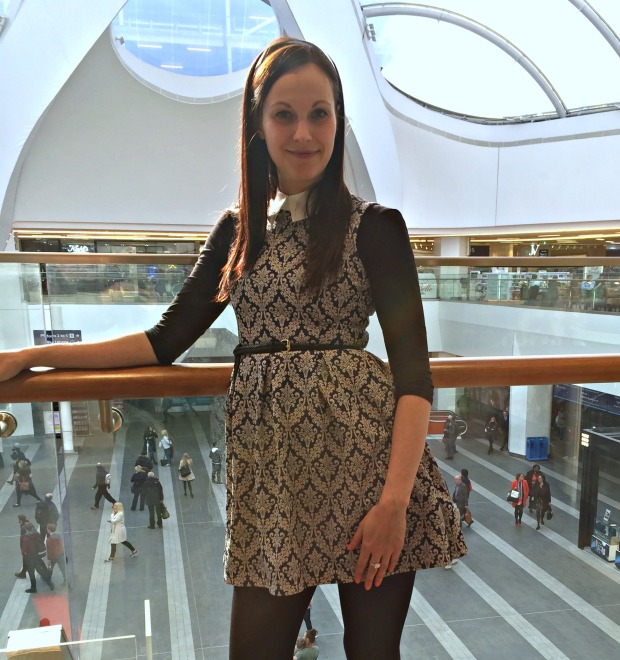 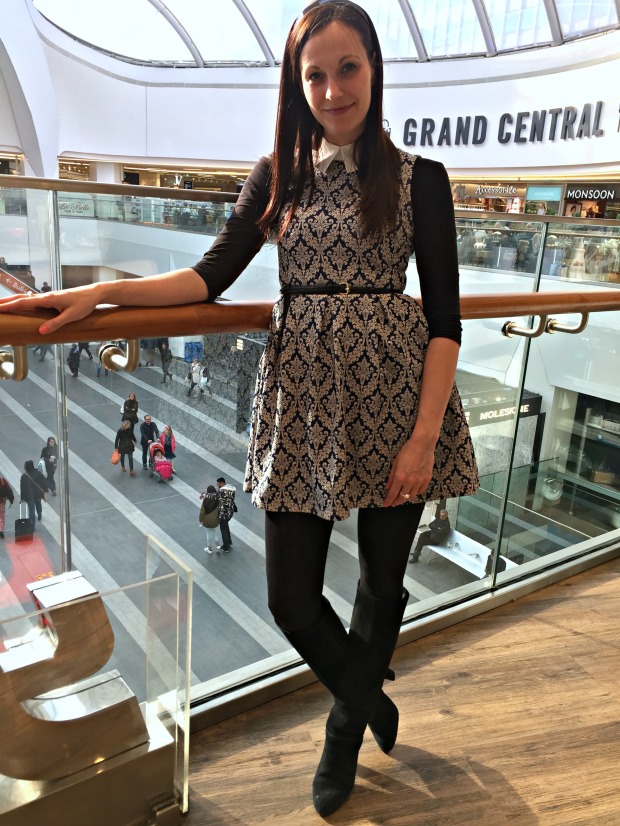 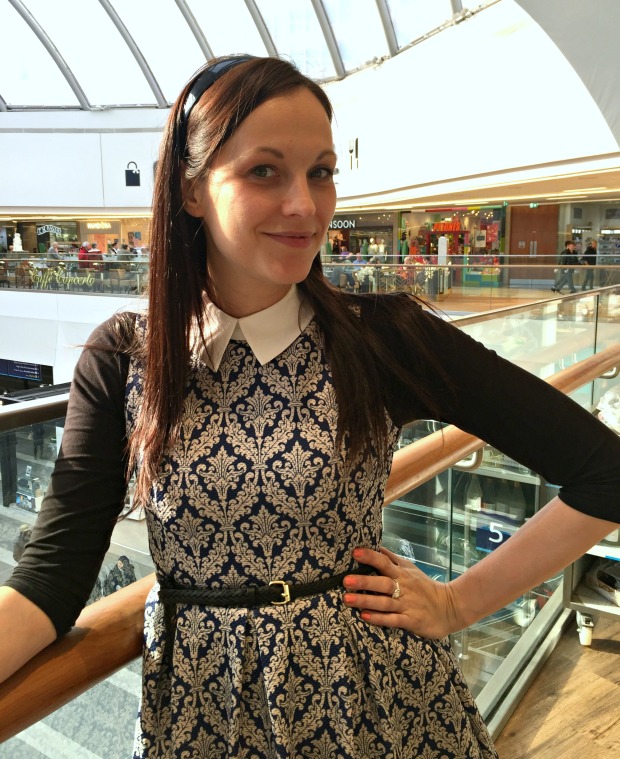 The sushi acted as a good distraction though!

Bye Bye boots, sleep tight! I’ll miss you, but we’ve had a good innings! Rest up now, and I’ll see you in October!

There was an error retrieving images from Instagram. An attempt will be remade in a few minutes.