Hang on a minute, was that July that just whizzed by?? Apparently so, because it’s August already, which isn’t good news for me. It basically means there are only 4 weeks left of Summer. Yeah, I know not officially – we could still get an Indian Summer and the genuine end falls towards the end of September, but its the end of Summer as I know it. Maybe it’s an overhang from my youth when September meant the dreaded return to school, but in my head it all gets very Wintery as soon as August ends!

Back to July though, because that sad day hasn’t quite arrived just yet! July was…. well, I don’t really know what to tell you! Because honestly? I can’t really remember! It certainly started well. The very first day of July we took my Dad out for his Father’s Day treat, which was a trip to a Coffee Festival in Birmingham’s Custard Factory. It was a rather impressive collection of over 40 independent coffee brewers, as well as lots of yummy treats from artisan bakers and chocolatiers! Now, I’m an absolute caffeine fiend, but even for me a few shots of very strong espresso was enough to have me bouncing off the walls, so we ventured off to seek solace in our other favourite vice, booze, in a nearby beer garden before embarking on a little bar crawl which finished at our new favourite restaurant, Indian Brewery. If you read this recent post about that place, you don’t need to ask why that made it a fantastic start to the month for me! 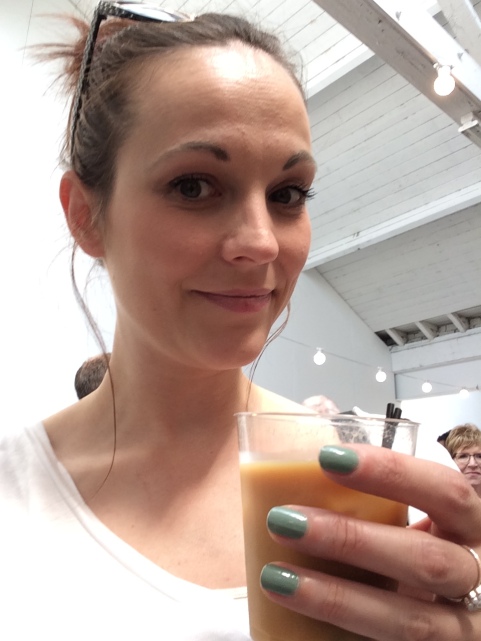 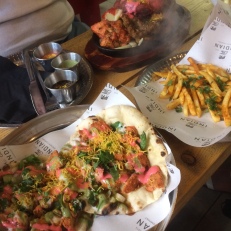 A couple of days later we spent the weekend at one of my now favourite annual events, Mostly Jazz, Funk & Soul Festival in my old stomping ground, Moseley. I had the most amazing couple of days with some of my favourite people, lazing in the sunshine, eating delicious street food and watching the most amazing acts like Soul to Soul, Sugarhill Gang and Chaka Khan – not to mention some amazing newer bands I’d not yet seen (if you have never heard of St Paul & The Broken Bones, I urge you to check them out!) I particularly loved a nostalgic little trip down memory lane thanks to the lashings of glitter we decorated ourselves with! The one thing that really shocked me though was how exhausted I was by the end! Just spending three days sat on a picnic blanket and occasionally standing up to jig a little really took it out of me, and by Monday I was stiff as a board, rather hoarse and feeling a little old. Though some of that could be down to the copious amounts of beer we consumed…. 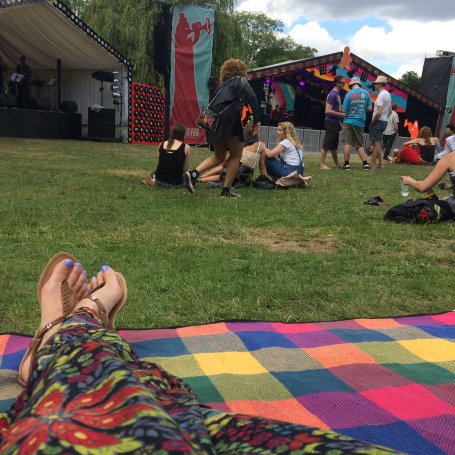 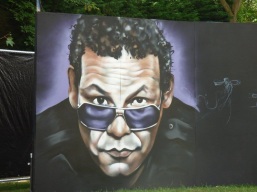 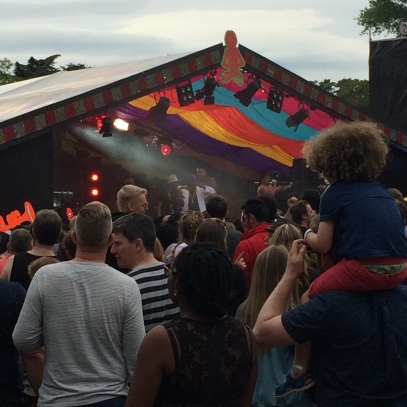 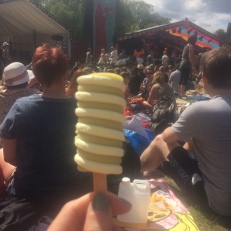 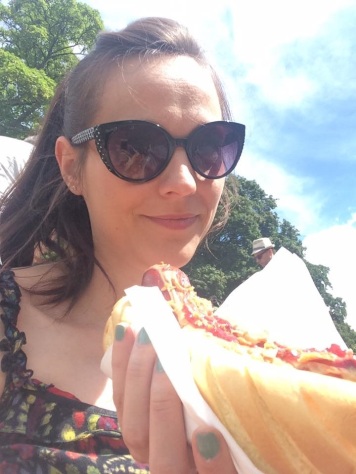 And after that things just became a bit of a blur! I know I’ve had a great month, I know I’ve sent some lovely times with friends and family, and I know I’ve started making future plans that make me very excited indeed, but quite where the month has gone I just don’t know!

You know what they say though – time flies when you’re having fun!

How was your July, friends?

Dressed down for a super rainy day today, but despite us missing Dan while he’s been working we’ve had a lovely day baking cookies! Determined to squeeze the most out of our last week before I start working again ❤️
It feels like a celebratory day today. The pubs are reopening properly and my colleagues and friends can get back to doing what they love. We can see loved ones again without worrying about the weather! We can HUG them!! But it feels like the end of an era too for me. Dan has just headed off to the front room to begin his first day back. I’ll be phasing back myself from next week. It feels good, but we’ve been in this strange state of limbo for such a long time that it feels like a stage of our lives is coming to a close, especially with the twins impending! Being furloughed isn’t quite the dream some people think it is - many seem to think it’s been a year long holiday, but in reality, a year off during a pandemic isn’t exactly all fun in the sun. There have been lots of reasons why being furloughed has been tough - not going to list them all (also not interested in a debate about who’s life has been harder - it’s not a competition, folks!) but suffice to say, we’ve had our share of struggles this last 15 months. That said, I can’t ignore the things we gained. A year at home with Bailey - something Dan would never have got without Covid and I sometimes feel a pang of guilt that the twins won’t get the same. A year of uninterrupted time as a family, even if all we could do most of the time was go for muddy dog walks. I’ve missed my friends and family and old life chronically, but in their absence we’ve realised what a fantastic life we have built for ourselves, and I really feel like if we can survive this we can survive anything. So it’s time to go back to some semblance of ‘normal’. Time to dust off those work clothes and remember how to converse with people over the age of 2. Time for Bailey to get back to learning who he is without Mum and Dad around all the time. I’m looking forward to getting back some of that old life, albeit temporarily. But I’ll never forget our year together, and I can’t help but feel a tiny bit sad about not being with my guys all day everyday anymore. Onwards and upwards!
These studded shoes are a bit fancy for a Sunday afternoon really, but we’re off to see the family for my mums birthday so making the most of a special occasion while I can still wear heels - 99/181 pairs saved! As seems to be the theme with my jaunts over to Birmingham, I was absolutely dying in this massive cardi in the sunshine, but Brum is once again a good few degrees colder and very rainy so needs must! Roll on tomorrow when we can finally meet indoors again!!
Can’t believe it’s been 8 years this week since this chubby little monster came to live with me! It’s honestly hard to imagine life without her and her crazy antics. I used to hear people say all the time that you can’t understand unconditional love properly unless you have children, but now that I have created some real live human children myself, I can wholeheartedly tell you, that’s bulls***! The moment this little girl came into my life it was love, and no matter how gross, how annoying and how demanding she is (or how many pairs of my pyjamas she destroys...) I can never stay mad when she flashes those puppy eyes. There are obviously differences between pet ownership and becoming a parent, but it’s really Bonnie who taught me how to love like a mum. She is just as big a part of our family as anyone of us - I don’t care if you think that’s ‘weird’. Don’t let anyone ever tell you you have to procreate to really understand love - it’s just not true ❤️
Practising corporate dressing as I’ve got my return to work notice! It’s a bit earlier than I was expecting which is a nice surprise as I’m conscious I don’t have a lot of time before I’ll be back on maternity leave so keen to feel like I’ve achieved something before the time comes! And looking forward to having a reason to dress like this again! These M&S Manolo Blahnik dupes make shoe save 98/181
Co cession - I only just put this on. I’ve been slobbing in jeans and a tee watching crime documentaries all day! But it’s Friday so o felt like making an effort! Got shoe save number 97/181 in in the form of these leopard shoes. I always think leopard looks great with jewel tones!
Loading Comments...
Comment
×
%d bloggers like this: