October. Erm, October. October was…. What WAS October exactly?? Or when was it, I should say, because I’m not 100% certain October actually happened. I’m pretty sure someone has sneakily dropped it out of the year and hoped no-one would notice. This is surely the only plausible explanation for the fact that it is now November and I have zero recollection of how we got here! The last thing I remember was going on holiday, and now suddenly we’re entering the last portion of the year!

Ok, that’s obviously a slight exaggeration. But it honestly sometimes feels as though I blinked and missed something. That holiday already feels as though it was a million years ago, and I’ve only been back a few weeks. Every now and then I wonder to myself if I actually dreamed it up. Of course that’s partly because of the timing. Autumn holidays are much welcomed and a lovely way to draw out a little bit more of Summer, but when you took off on a relatively warm, sunny day and land in the pitch black cold in torrential rain it can be a bit of a shock to the system! It really does make you feel as though you’ve crossed a season overnight.

I won’t dwell too much on the holiday as I have plenty of posts planned all about it (yes really, on top of all those smarmy outfit posts! I spoil you, I know…) but that doesn’t make for the most exciting post I fear, because since we touched down I’ve largely been busying myself getting used to sharing a home with someone again. Apart from having my own space again, it’s just been lovely getting to know each other even  more and settle into new routines and make new traditions. The house is looking very lived in already, and we’ve already had the electrician and architect come round to start drawing up plans for the work we want to do. A couple of the rooms won’t really need much work so we’ve been busily scrutinising colour charts (spoiler – I’m pretty sure the majority of the house will end up being a variation of off-white…) and plan to get going this weekend! Fingers crossed we should be on track to have a chunk done by Christmas, and hopefully very soon I’ll be able to start posting our progress!

All this new found domestic bliss has meant we haven’t really been out and about living the highlife. We’ve spent a huge amount of our non-nesting time being very lazy and cuddling up on our sofa to watch Bake Off and finally finish Lost once and for all (and yes, I was equal parts emosh, confused and ultimately relieved at the ending. I mean, it started to feel like a bit of a slog after a while. I actually started to lose the will to live with it towards the end, but we’d invested so much damn time to it by then that I was determined to see it through!) When we haven’t been chilling on our sofa, we’ve been chilling on our friends’ sofa a few minutes around the corner from us – they  have always been lovely company, but now they’ve added an adorable baby girl to their family it’s pretty much my favourite place to hang out and watch The Walking Dead right now (it’s important to have a plan for the Zombie Apocalypse I feel, even if you are only 4 weeks old…)

We did manage a handful of outings though. Firstly I treated Dan to a slap up meal at the tapas place I mentioned last month (mmmmmm, churros potatoes…) for his birthday. We accidentally got a little tiddly, most likely because the wine came in glasses like this:

I might also have been all the mojitos I kept ordering because I thought we should drink something ‘festive’ of course…. That weekend we also celebrated with his family with…. oh yes, another slap up meal, because we are obsessed with eating it seems. This time it was at one of our favourite of our Company’s brands, Miller & Carter, and the team, who we’ve come to know quite well, surprised him with a special birthday pudding which was really rather sweet. Dan then enjoyed taking me around some of his old haunts in Loughborough, including the pub he used to run back in the day. We accidentally got a bit tiddly again, and didn’t get home till the crazy time of 11.30pm, because we’re just rock and roll like that! Last week we managed to prove we still have it though, because we were lucky enough to be invited to an awards ceremony for our retail teams and made sure we made the most of the amazing bars put on by our suppliers and a lovely hotel room at Birmingham’s Hilton Metropole Hotel. It’s a rather prestigious event for our pub managers, and I always feel extremely honoured to be invited – and of course I always relish the opportunity to get my gladrags on! An outfit post will follow soon, because for once in my life I remembered to get some pictures! I was slightly regretting my gross mixing of drinks the next day, because I’d promised to spend some quality time with my nieces who were staying at my parents house for half term. They are super adorable, but a 5 year old, an 8 year old and a day-glo soft play and climbing centre can be a lot for a hungover Steph to handle! I did ok though, thanks to the pizza, and the fact that they are just about the sweetest kids that ever existed. Well, except for when the littlest asked my Dad how many more months he thought he might live, anyway, and when she quizzed me and Dan about why I didn’t marry my ex…! Kids, huh?! 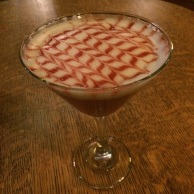 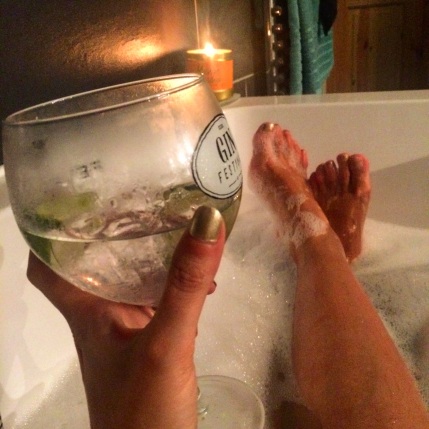 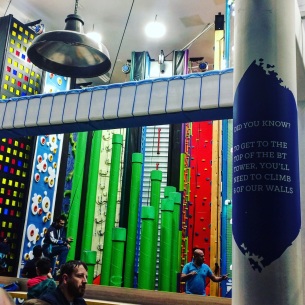 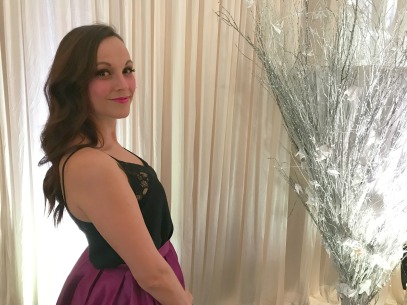 Oh, and it was Halloween! Which I completely failed to celebrate. I did get a bit excited about having Trick or Treaters this year now we live in a nice little village and duly made sure we stocked up on treats only to remember neither of us were actually going to be home that night. Oops, guess I’ll have to take them to work and e share them with my team instead. My Mum also made sure the dog didn’t get left out: 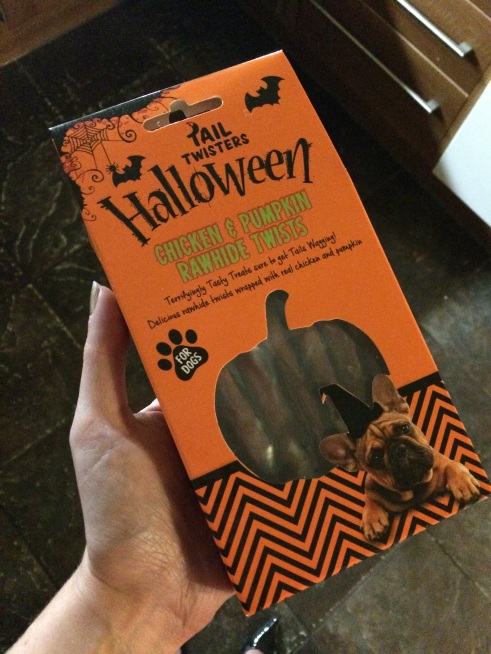 Well, this is the same dog that gets an advent calendar so I guess I shouldn’t be surprised!

How did October treat you, friends?