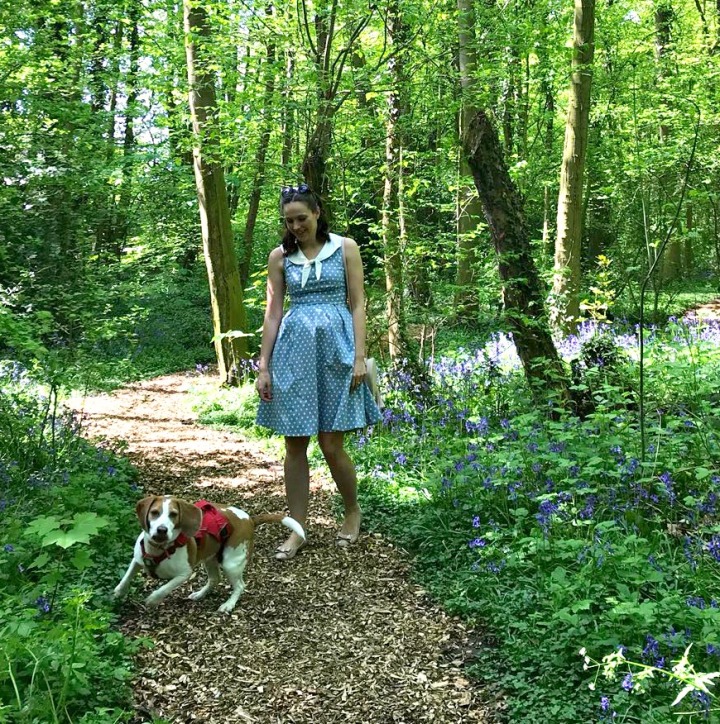 One of my favourite things about Spring has got to be the abundance of new flowers coming into bloom. All that green, the bright colours and the sweet scents wafting on the breeze – it doesn’t half lift my spirits after all that dreary Winter weather! Of course, the added bonus as a blogger is that it creates an awful lot of pretty backdrops to be photographed in front of!

Well, in theory, anyway. The reality can be quite different, as I found out with these shots…

I have always been a huge fan of bluebells. Hundreds of them used to grow on the scrubland behind our house and we were always getting into trouble for squeezing through the fence to go and pick them (though for all the scolding, they were always kept and displayed proudly in a vase so I think pretty much everyone enjoyed having them around…) I nagged Dan all Spring long that we needed to find ourselves a bluebell walk so that I could marvel at their prettiness and feel all nostalgic, and spent weeks furiously Googling where we could find one to fulfil such a purpose. I’m pretty sure Dan was more than aware that I was also going to insist on wearing an appropriately themed outfit and make him take a trillion photos, but he never let on, bless him, and I continued to pretend that it was all just about my childhood memories and nothing to do with me getting an awesome ‘Gram. Nothing at all….

Then one day I got a text that read, ‘I FOUND YOU SOME BLUEBELLS!!’ and I fully expected what followed to be something either really rude, or perhaps just a hilarious picture of what is quite clearly a pathetically sized clump of bluebells at the side of the road somewhere that clearly would not constitute a great outfit backdrop. But no! Dan had come up trumps and found me a beautifully bluebell-carpeted walks that, as luck would have it, was just the same place we always walk the dog at least three times a week (who knew??) and the rest, as they say, is history! What joy! A perfect, scenic place for our next walk! I shall go and pick out my best periwinkle blue dress immediately (why the eff don’t I own a dress depicting bluebells? WHY??) is pretty much what went through my head at that moment. What probably went through Danny’s was, I expect, something along the lines of, ‘What joy! Three days of discussing what dress she will wear and then 7 hours of her asking me to retake completely staged photos because they aren’t ‘natural’ enough! Can’t wait!’ but he never let on if so because he’s good like that…. 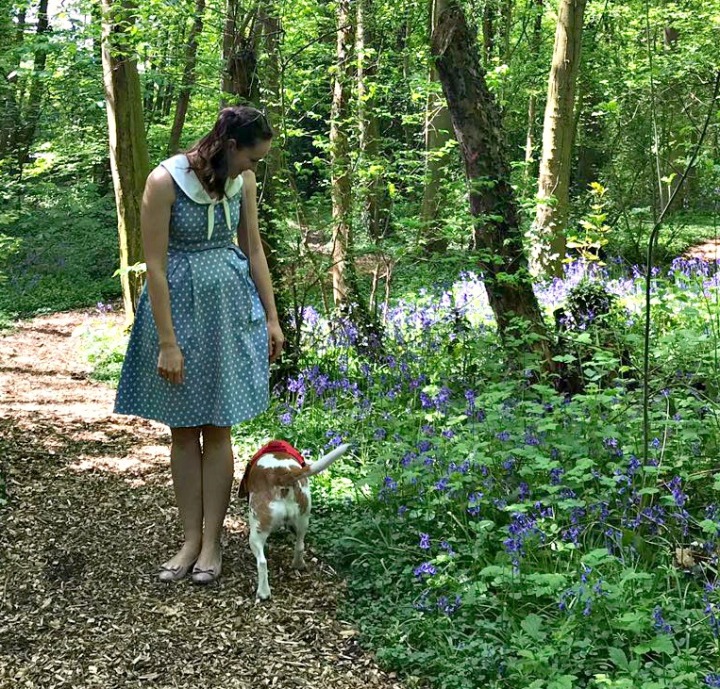 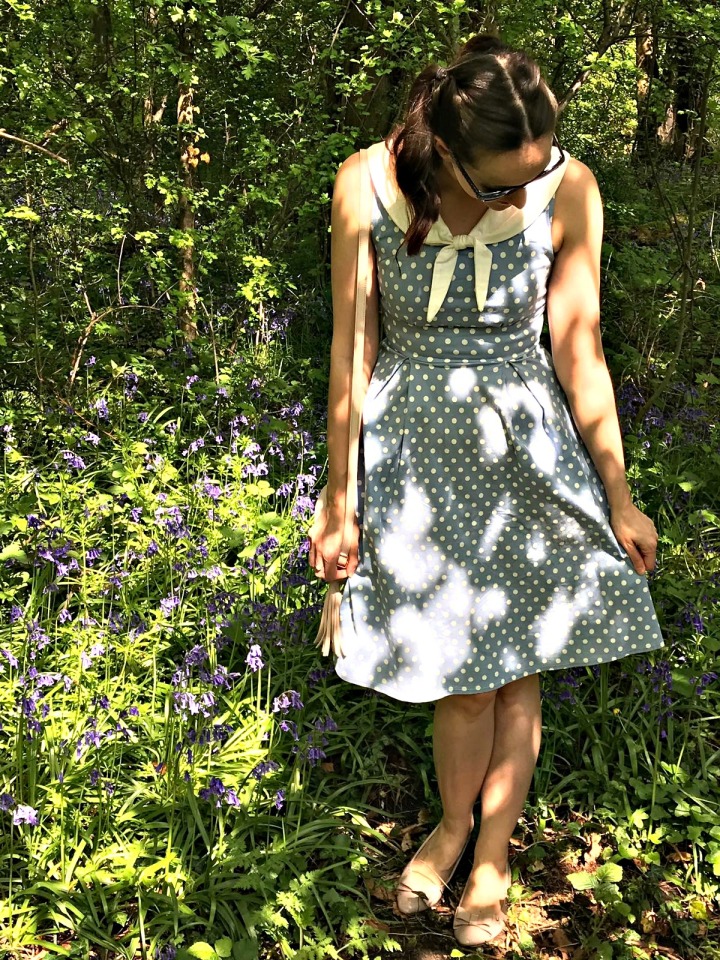 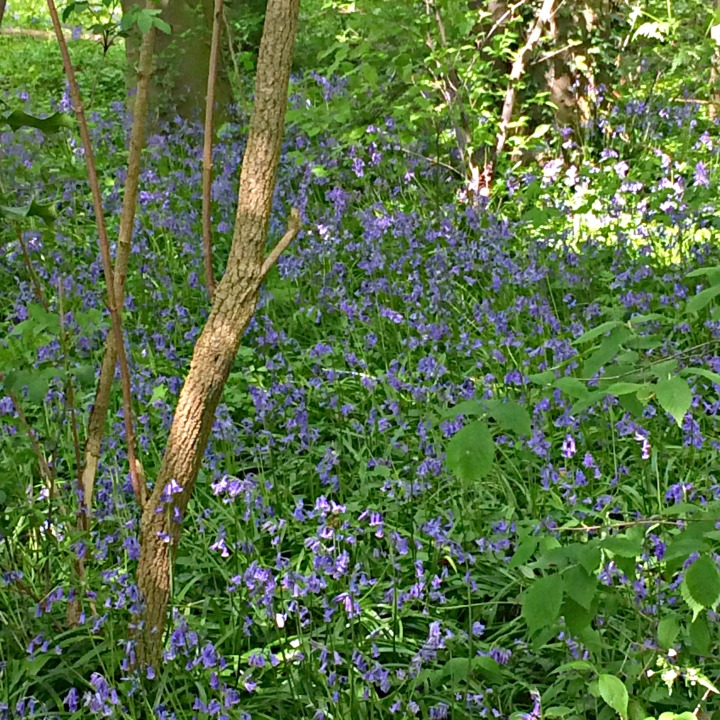 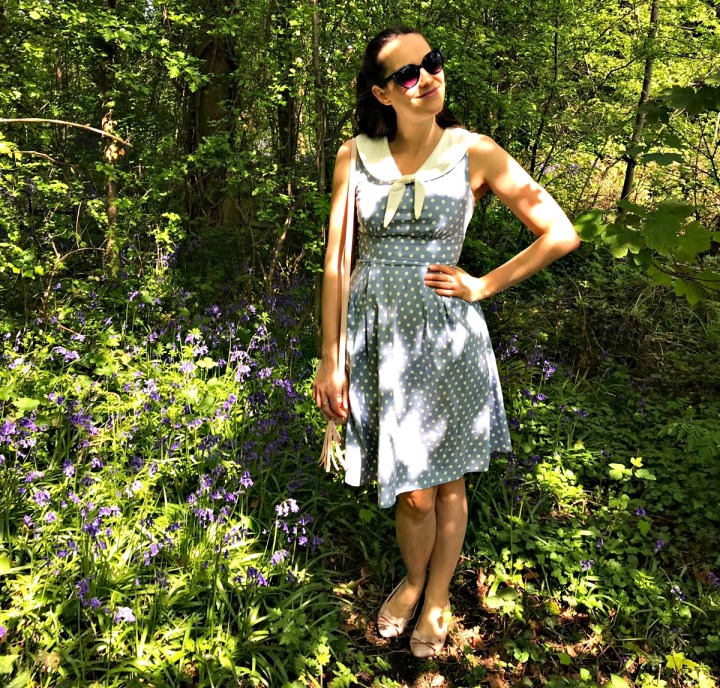 Then I remembered. Oh yeah, bluebells tend to grow in dark, wooded areas, so even in glorious sunshine things will look a little, well, shady. And even with a billion of them, those tiny things don’t quite look the same on camera when you aren’t close up. So these pictures were completely not what I was expecting, and 100% what Danny was expecting, but at least I got to wear this lovely Dolly & Dotty dress, so I guess there is that….

6 thoughts on “Outfit: Blue Among The Bluebells”