So, I don’t buy dresses brand new all that often. I’m just too much of a skinflint these days. Pretty much most of my purchases are either sale buys or eBay bargains, and actually, I’m quite ok with that thanks very much. It doesn’t cause me too many problems. I know what I like and it doesn’t matter to me if a dress came out two years ago if it means I get it at a fraction of the price. It also means it’s very rare that I encounter that awkward moment when you bump into someone else rocking the same frock as you. Frankly, no-one who is anyone is wearing my clothes anymore!

I made an exception with this one though, and paid the ultimate penalty. I spotted it in New Look while holiday shopping and thought why the hell not, it was cheap and cheerful and I was right in the middle of a major spoiling myself sesh so it seemed like a good idea. And it was – I’m very enamoured with this cute little dress. Trouble is, so is everyone else! I’d decided I was going to save it for my holiday, so diligently hung it up on the clothes rail just stopping by every now and then to admire the lovely rose print and silky fabric, while everyone around me immediately rushed out to buy it and parade it under my nose. Day 1, and my sister commented on a picture of a friend of hers wearing MY DRESS for her Birthday party. Day 4 and a girl sauntered past me at Foodies Festival wearing MY DRESS. A woman a good deal older than me that I passed in Grand Central even sported MY DRESS to what I’m assuming was a work meeting. Literally everyone was wearing it except for me. It was a strange feeling to be honest because I’m normally more likely to be left wondering if I’m slightly weird when I spot 50 of my current object of lust on an end of season sale rail! I was almost regretting my impulsive purchase.

I needn’t have worried though. For starters nobody in Greece was wearing it, and by the time I’d put it on I loved it too much to care if everyone else in the world was dressed like my twin. It kind of reminds me of a dress I owned when I was about 12 (not usually a source for fashion inspiration, 12 year old me’s closet!) and I felt a little girly and giddy wearing it. And if I’d learnt anything from watching it worn around me by all and sundry, it was that this dress was versatile. So what if I’m not the only one who has it? At least I’m in good company! So far since getting back I’ve not spotted it even once, so perhaps now the coast is clear, though I think that’s more likely because it has pretty much pissed it down with rain every day since we got back…

Here’s hoping for a few more days of sunshine so me and my dress-twins can wear it a few more times before the dark nights draw in! 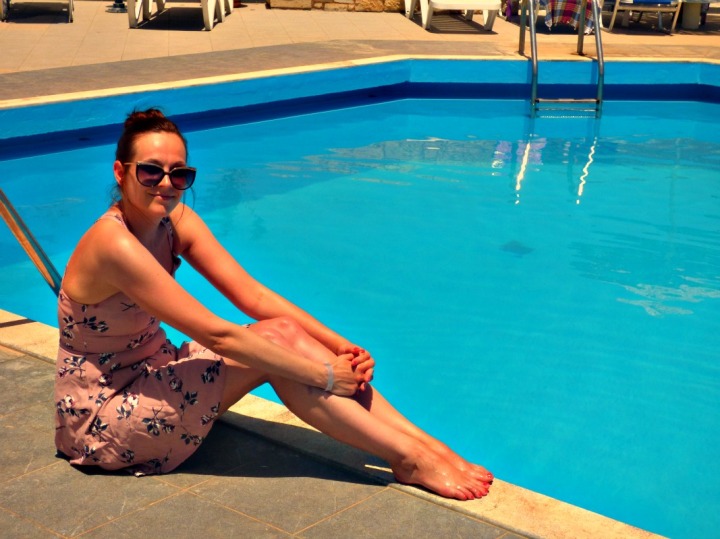 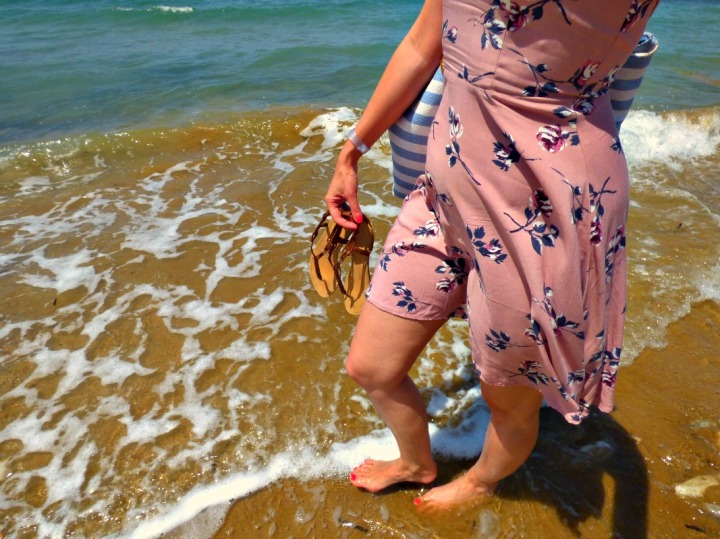 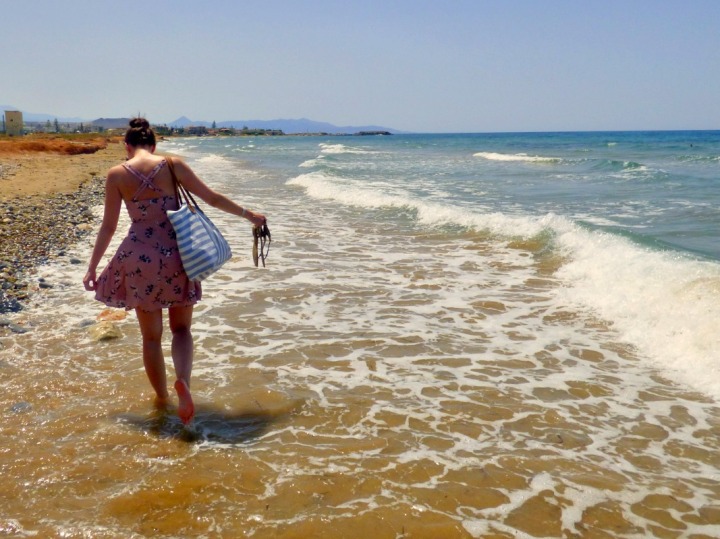 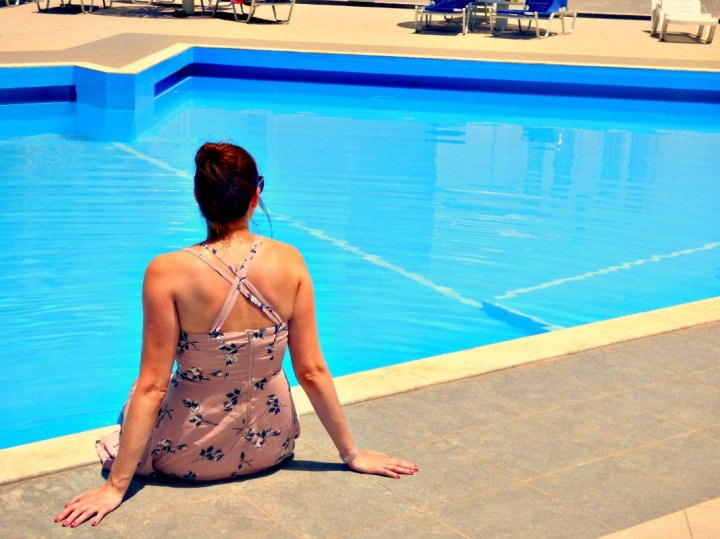 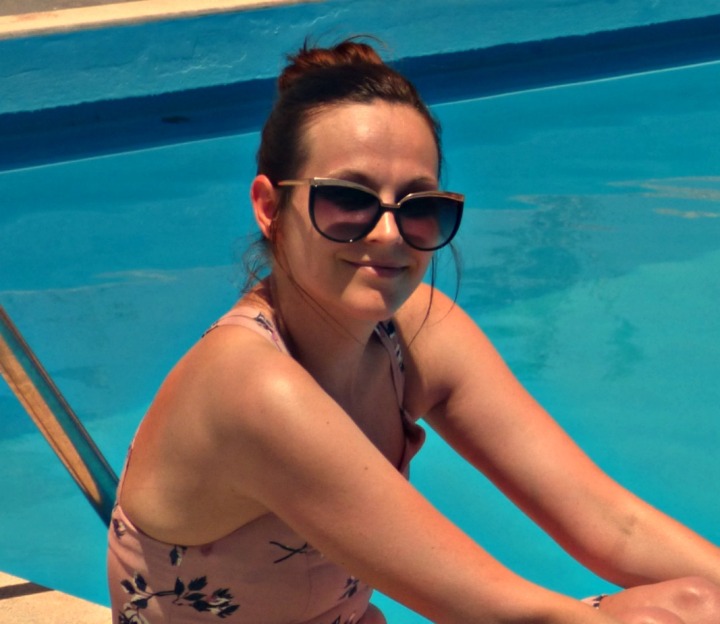 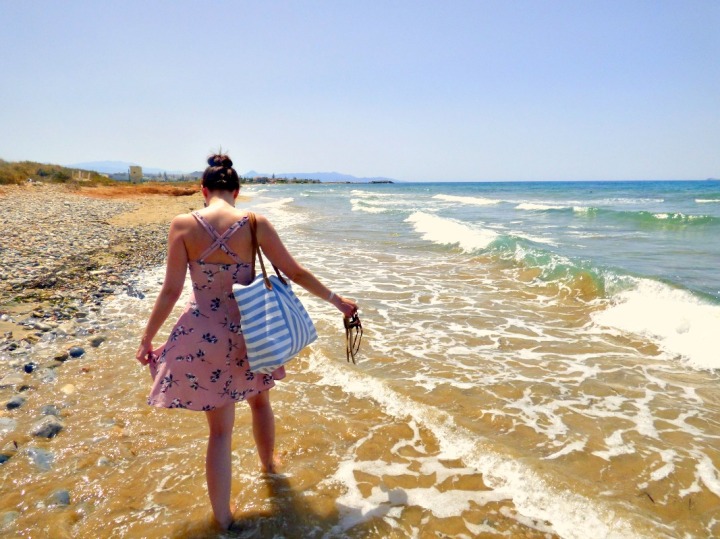 Packing for a couple of days away wasn’t easy this week - we’re in that lovely pre-storm period where you know the weather will either be sweltering heat of torrential rain but the forecast changes by the minute! I gambled on rain, and luckily it looks like I nailed it! I’m not a rain lover, truth be told, but can’t say it doesn’t feel a tiny bit welcome today!
Up bright and early this morning to get the train over to Birmingham for a couple of days in the office. Was a bit nervous but actually it was really quiet! Was nice to see a lot of faces again at work after a few weeks of it being a ghost town! It’s my first night away from Bailey though since October which I’m not loving, but we just had a lovely little FaceTime 🥰
I don’t normally share Bailey’s face on the grid that much but I had to share this. The second pic is one my mum took while I was at work the other day, and my sister dug the first one of me because she thought we really looked alike. This will sound really daft, but this meant so much to me. Ever since he was born people have commented on how much he looks like his Dad, it always made me feel a tiny bit left out, but now it’s my turn, and it’s really lovely seeing my features in him 😊 EDIT: yes, that’s a cage. No, we don’t keep him in one. Regularly, anyway 😂
Feel like a bit of a walking cliche, but got myself some maternity dungas! Next thing you know I’ll posing on a step ladder while painting the nursery 😂 In all seriousness though, I LOVE them, and they were just the ticket for a morning at soft play! Now on the lookout for some black ones…
DOUBLE JABBED! And feeling good, other than a sore arm, of course! Just another one of those little things that helps to ease my anxiety about the babies. Not that I’ll be throwing caution to the wind or anything, I’m not ready for huge gatherings just yet! But it definitely helps to put my mind at rest a little. And every little helps! Now, I need to go and wrangle a toddler into a car seat as we’re off to soft play! Hope you have fun plans whatever you’re up to!
Bit of an emosh day. Lack of sleep is like a special kind of torture. I was already feeling fragile after this mornings post, then I arrived for my second jab and realised the queue went all the way around the car park and knowing I was going to have to stand in the blazing sun for a long while nearly brought on the tears again, but thankfully it wasn’t too bad and the main thing is, I’m finally double jabbed! Though that isn’t helping the general aches and pains and lethargy! I did save another pair of shoes though, so there’s that…! 127/183 saved now!
Loading Comments...
%d bloggers like this: