Ugh. Winter and outfit photos – not a good combination.

It’s ironic really, because Christmas is the one time of year I am guaranteed to wear at least a couple of outfits that are a bit more special than usual and worth blogging about, but that pesky lack of sunlight makes it so darn tricky to catch them in all their glory. Well, that, and my complete ineptitude at remembering to take my camera out with me. Hence why you are being treated to this awful set of shots from my office Christmas party outfit, complete with the now infamous ‘Christmas Shoes’! I actually struggled to post these. Not just because they are bad, and they really are bad, but because this was actually the last of my three big nights out over Christmas. Unfortunately the other two sets were even worse, so much so that I’m going to have to fake them and pretend to wear the outfits all over again so I can photograph them in better light. In the meantime I have some weird issue with not posting things in chronological order so had decided I couldn’t possibly post these until the others had been retaken. And then I realised no-one actually knows what order my Christmas parties were in, nor does anyone actually give a crap! So I had a word with myself and now here we are….

Ok, this post got far more cringey that I intended so lets move on! This year, our office party was a little different. Normally the office closes early and we’re all booted out so that they can decorate the place for a bit of an extravaganza. This year though, we’re all under pressure to save a bit of cash, so the party actually kicked off at 4pm for just a couple of hours before moving to a nearby bar. Being in a support role, my team also had to keep working intermittently until 6pm in case of an emergency, so none of us were in the position to get our glad rags on like we normally would. Normally this would have bothered me, because we all know how much I love to don a completely over the top frock. Luckily though, just before the big day I managed to score these amazingly festive, completely over the top shoes! I was actually on eBay on the hunt for these Kurt Geiger Jasmine court shoes which I’ve yearned for for years, when I stumbled across these Ted Baker beauties. I already own the Keanah style in a burgundy satin and love them, so when I spotted them in bright red glitter at a sensible starting price I was over the moon! It’s quite hard to capture their true beauty on film, but even in these dimly lit pics you get the idea. They’re showstoppers alright! So I didn’t feel at all underdressed despite wearing just black trousers and a simple cami that I’d kept concealed under a cardi during the day.

You may recognise the cami in question from my October wish list. I gave in while buying my sister’s Christmas present from ASOS and it’s quickly become my ‘Favourite Top Of All Time’ thanks to it’s super flattering shape and stunning back detailing. I’ve never been ample of bust, something that I used to curse regularly through my teen years, but this is one of those tops that makes you feel blessed to be among the smaller chested half of the female population! If it weren’t for the fact it’s quickly selling out on my size (plus my ever dwindling bank account thanks to a bit of a self indulgent splurge this month) the dark red, blue, cream and white versions would also be winging it’s way over to me right now! Evidently I exuded confidence in this outfit despite it being understated (apart from those shoes!!) a I actually received far more compliments for this outfit than any of my more ‘party appropriate’ ones, which I guess goes to show it really is true that it really doesn’t matter what you wear as long as you feel great in it! 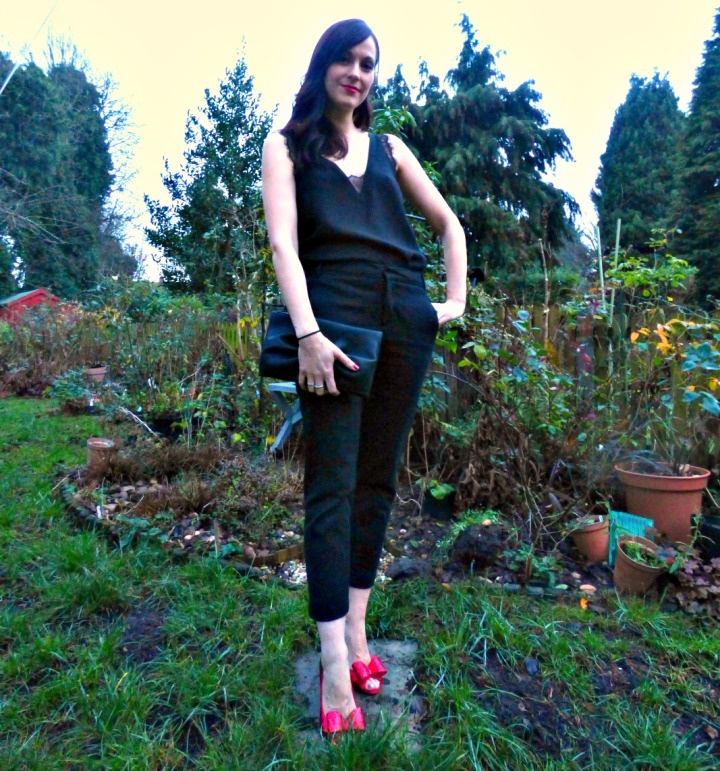 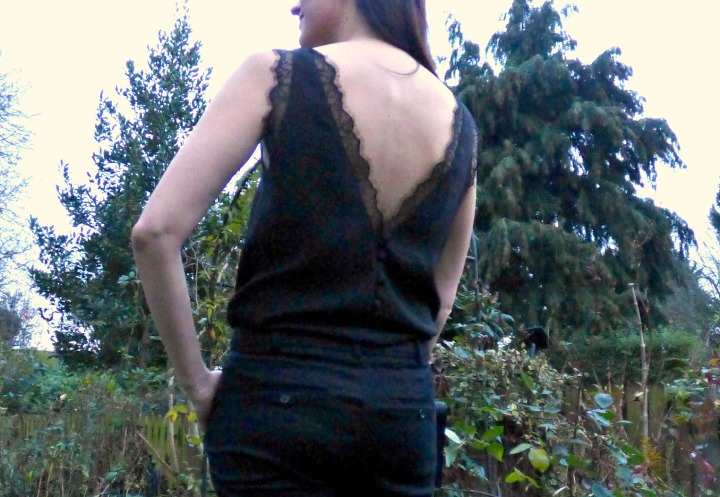 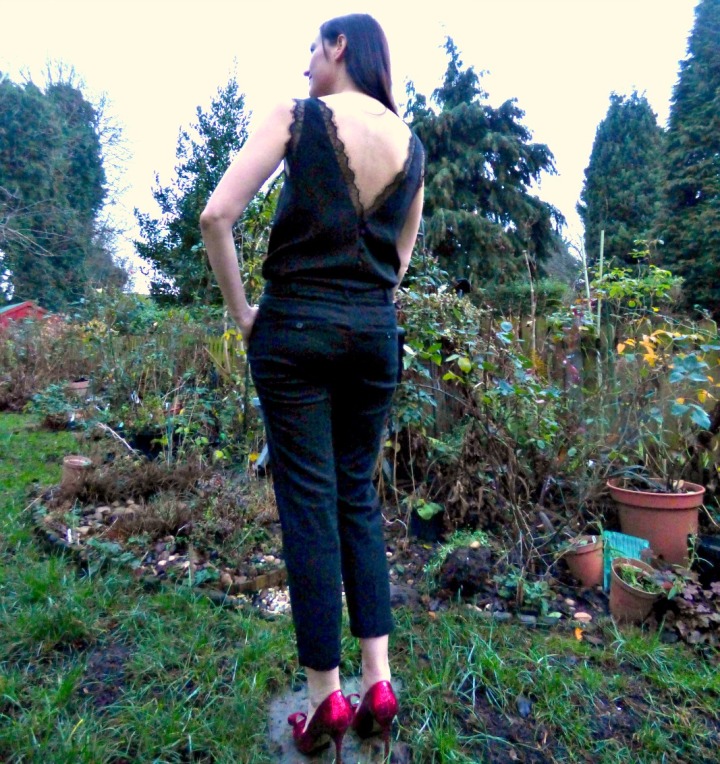 You’ll have to wait for me to stage the other outfits again before you can judge for yourselves.

Hmmmm. Spending an afternoon putting glitzy frocks on for no real reason? I ca think of worse things to do with my time!