So, after introducing The Christmas Shoes last week, it was only fair that I showed you The Christmas Skirt, affectionately named so due to it’s festive red hue. It was one of two rather Christmassy skirts I bought from Chicwish back in November, the other being the one I mentioned here, and I knew both would be perfect for the parties and events I had over the holidays, but this one in particular I had always had earmarked for Christmas Day. Last year my chosen Christmas Skirt was this one, which I wore both to the party I blogged about and on the big day itself. It was basically a variation on the same thing – a beautiful, big taffeta skirt in green rather than red (well, I did say red, gold and green are basically my xmas pre-requisites, didn’t I?!) but having worn it twice last year I felt like I wanted something a little different this time around. So of course I opted for a variation of the exact same thing…!

The skirt is just what I’ve come to expect from Chicwish – far better quality than you would expect for the price (I got these skirts on a multi buy offer, but both are still available at just under £35 each which is still hardly eye watering) and easily worth the slightly longer than usual wait for shipping. As per my previous purchases, it’s a wonderful shape, one of those beautifully structured pieces that stands out all on it’s own without the aid of a petticoat. I’m also thrilled with the colour and fabric, which has a kind of two tone quality which makes it shimmer slightly in the right light and gives it a dressy edge. Before I spotted it I’d been eyeing up this Closet skirt, but I’m pleased this is the one I went with as I wasn’t sure about the shiny satin finish.

Obviously it was a given that I’d be wearing it with The Christmas Shoes, despite the fact they hurt like hell when I wore them to my office party – already owning the style in satin and never having any problems previously I’m pretty sure it’s just the heavy glitter rubbing on my toes, and nothing an emery board and a bit of clear nail polish won’t fix! What I didn’t know at the time, though, was that my Mum was going to treat me to this adorable jumper that I featured in my Christmas jumper round up last month! Those sparkly sequins were a perfect match for both the Christmas Shoes and The Christmas Skirt, and so a match in Christmas Day Outfit Heaven was made! Yes, it’s a little over the top. And I’m going to hold my hands up and admit I didn’t leave the house at any point while wearing this get up, but if you can’t wear head to toe glitter on Christmas Day, when can you??

Outfit aside, the affair was rather sedate after my manic party filled December. We had a very lazy day opening gifts, stuffing our faces, drinking buckets of Prosecco and, much to my Dad’s dismay, singing along to Frozen in the afternoon. Come to think of it, what more can you really ask for from a Christmas Day?! 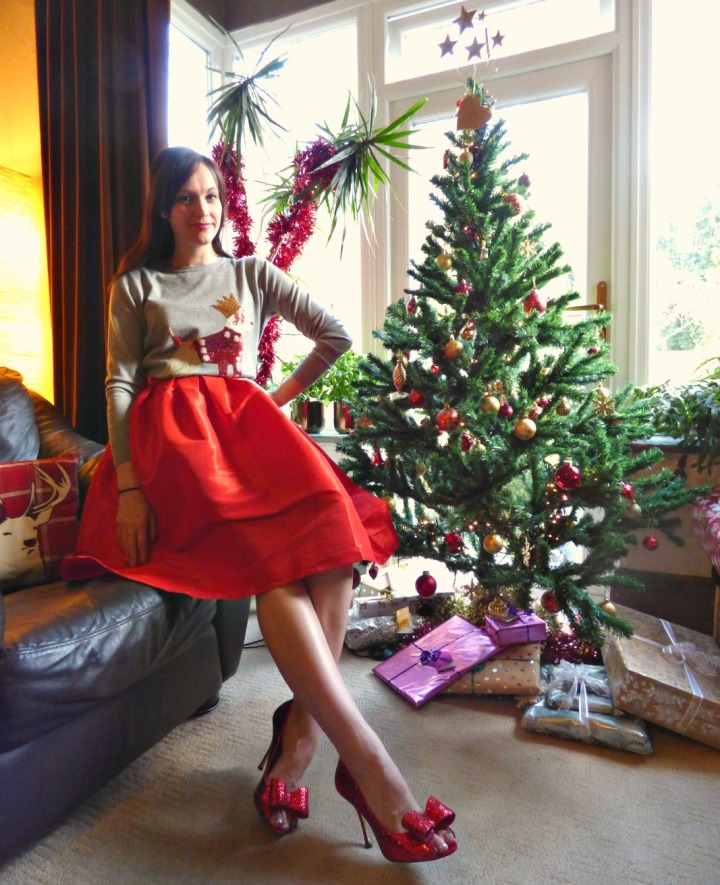 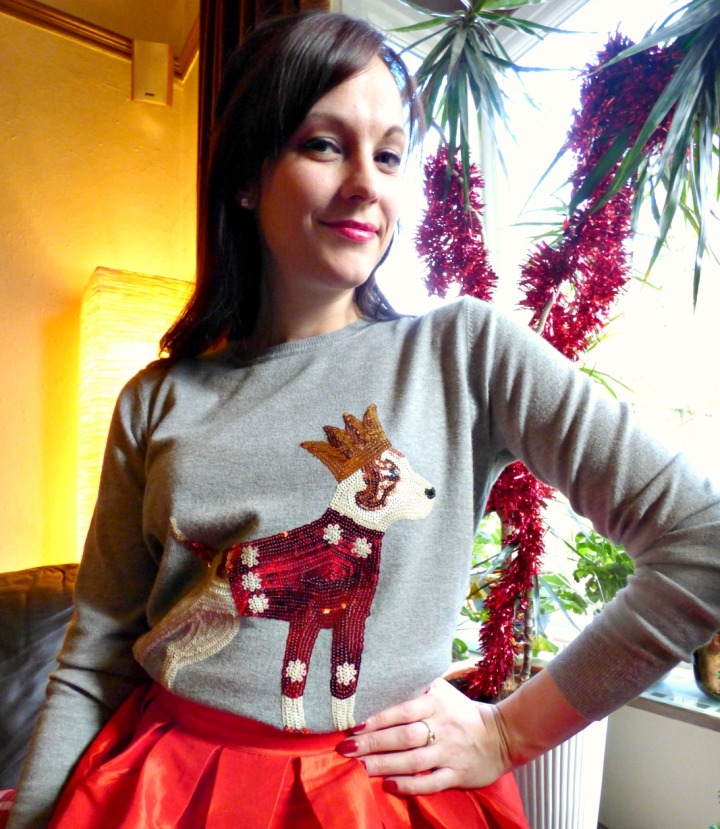 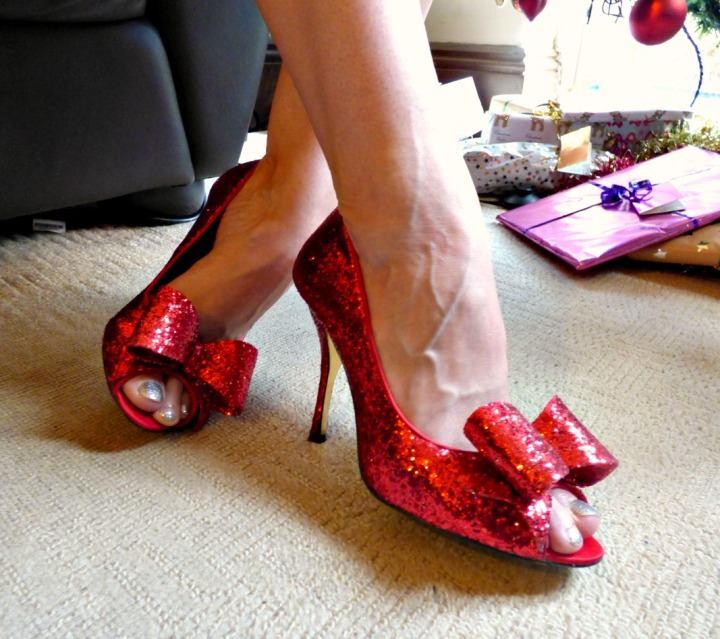 Now, I accept the jumper will need to be packed away until next year, but I’m determined to get more use out of the skirt and the shoes – Valentines Day perhaps? Be sure to let me know your ideas!

2 thoughts on “Outfit: The Christmas Skirt”